While it's always interesting to see how the Pro's came up with their finished art, what better a piece to go behind the scenes on than this cover to the second issue of DC's upcoming Justice League series.

Straight out of the gate it deals with one of the classic fanboy throwdowns; Superman vs Batman and better yet it's done by Jim Lee.

Plus: Is that DC's new trade dress design? 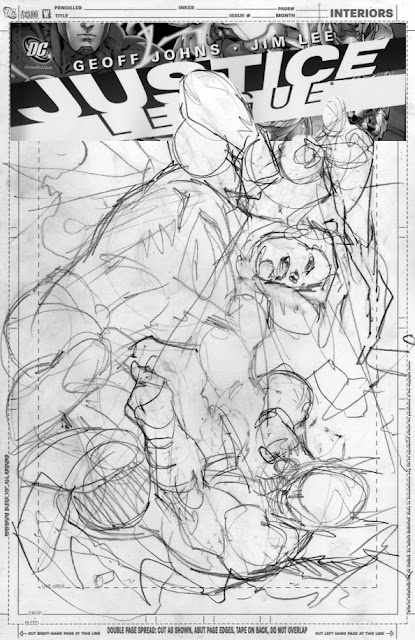 Says the Tweet of Lee "Initial layout for Justice League #2 cvr. Toned down the intensity of Superman a lot-he doesn't need to go all out". You're right Jim, he is only facing Batman after all.
Posted by IADW at 5:20 pm