BATMAN: THE LAST LAUGH The 15 Minute Fan Film You Need To See 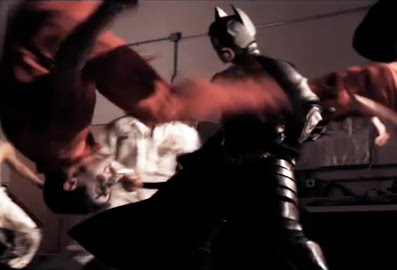 If you're looking for a fan film that proves The Joker is even more menacing when he says nothing and simply acts or maniacally laughs - then buddy have you come to the right place. Batman: The Last Laugh is a high production fan film that will blow your bat-lovin' mind in all the right ways (and even some that aren't).

With stunning fight scenes, cameo's from other Gotham nasties and more - it's a champion effort from the stunt team at ENSO Productions and Gotham City FX. At 15 minutes long it is a fair chunk of time, but believe me it's more then worth it. And besides if yer boss catches you - just tell them it's Batman vs The Joker - they'll understand.