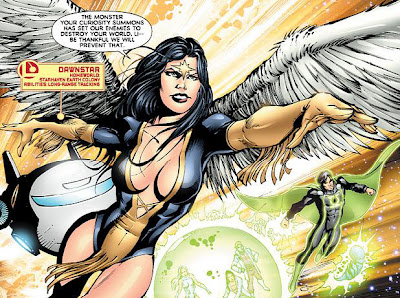 (Sigh) Who didn't want to be a Legionnaire growing up, if not just to fly through space alongside Dawnstar? Those lucky sods at Newsarama have landed an exclusive preview of Legion of Super-Heroes #15 - the final issue of the title by the ever-amazing pencils of Yildiray Cinar.

Spread thin across the cosmos by Saturn Queen's Legion of Super Villains, now's your chance to see how the Legion react with their backs to the wall - and a pre Fury of Firestorm Cinar in action! Jump.
Posted by IADW at 4:00 pm