When I think 'IDW - October' the little Dan inside my head starts jumping round yelling 'Trek and the Legion! Trek and the Legion!' Not stopping with that, IDW's adding to the cosmic cross-over; three fright packed #1's (including a 3O Days of Night relaunch) and in Transformers the introduction of the DeceptiGOD! Their best October covers? These ones right here; 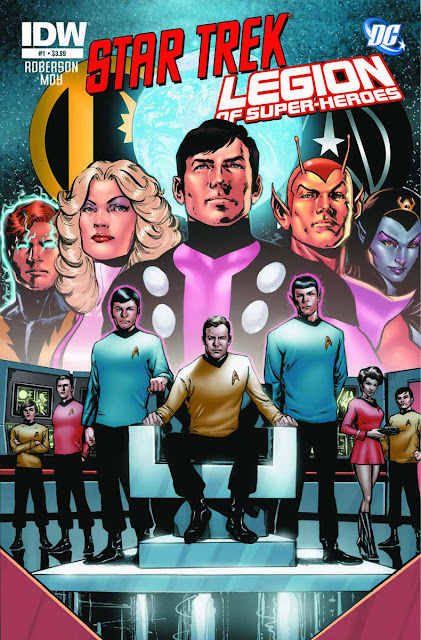 COVER OF THE MONTH: PHIL JIMENEZ - STAR TREK / LEGION OF SUPER-HEROES #1 You were expecting..? It's amazing how just by making Saturn Girl look part Farrah Fawcett you instantly show what era Legion this is. Still, so you get some fresh visuals for your eyes to feast on - here are the issue's two inter-locking variants! 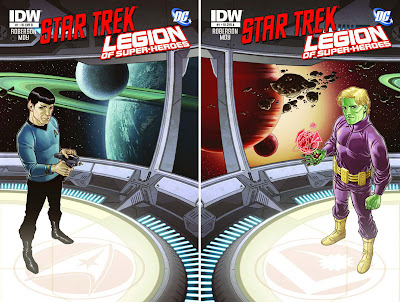 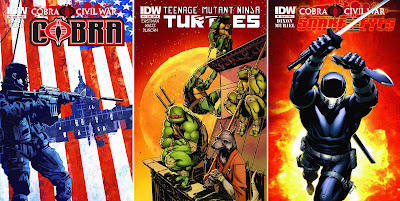