Fear Itself crashes to a conclusion in the month of ghouls and ghosts - and the landscape of Marvel is changed as a result! An old face returns to the Thunderbolts, the Hulk-verse spawns another title, Wolvie gets his own X-Men and there's the Marvel 50th Anniversary cover variants! Speaking of covers, of all Marvel's in October, these four are tops. 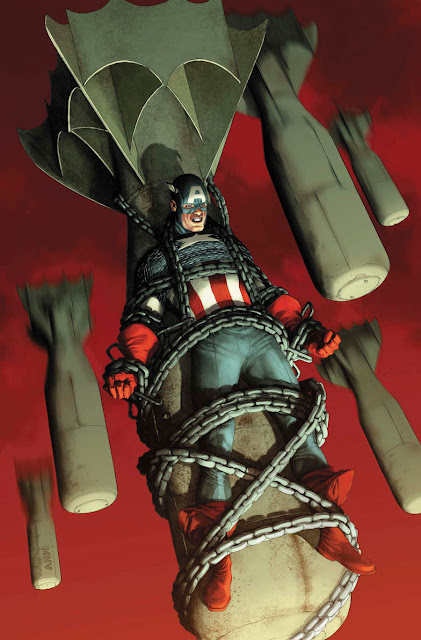 COVER OF THE MONTH: STEVE MCNIVEN - CAPTAIN AMERICA #4 Sure it looks like Cap's in a spot of bother here, but what you forget is Cap can get out of anything. More than a human swiss-army knife, he's just like MacGyver dressed in the American flag. 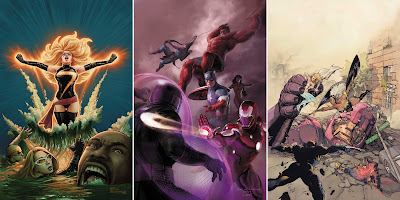