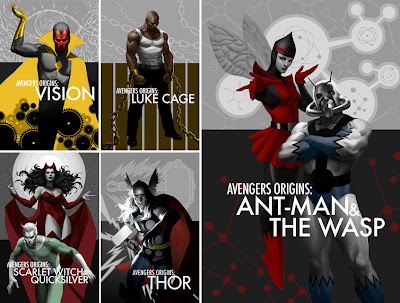 If those stunning covers don't give it away already, Marvel's upcoming range of Avengers Origins one-shots are set to reward all the fine-tastebud bearing comic fans who have waited patiently over the years for the likes of the over-looked Vision or marital marvel's The Wasp and Ant-Man to get their due.

Leaving behind the overtold origin tales of Captain America and Iron Man, those picked for a one issue, 'Year One' treatment are;

Ant-Man and Wasp by Roberto Aguire Sacasa and Stephanie Hans, Luke Cage from writers Mike Benson and Adam Glass with art by Dalibor Talajic, Quicksilver and The Scarlet Witch by Sean McKeever, Thor by Katherine Immonen, The Vision by Kyle Higgins and Alec Siegel, illustrated by Stephane Perger.

While each time I see the Wasp's original costume, I long for that to become her modern kit as well, it's my man the Vision whose one-shot has the most killer preview pages. Plug your circuits into this; 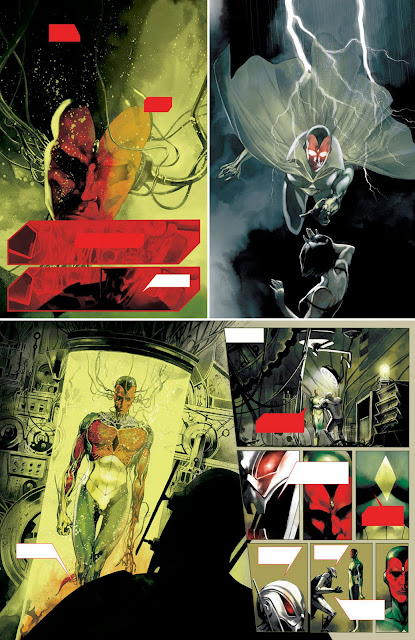