Headline says it all really. Writer Greg Pak is about to end almost 6-years on the Hulk franchise with June's "Heart of the Monster" The Incredible Hulk story arc. In it, he scripts the green goliath taking on an awesome array of villains, all in Royal Rumble style - including Fing Fang Foom! 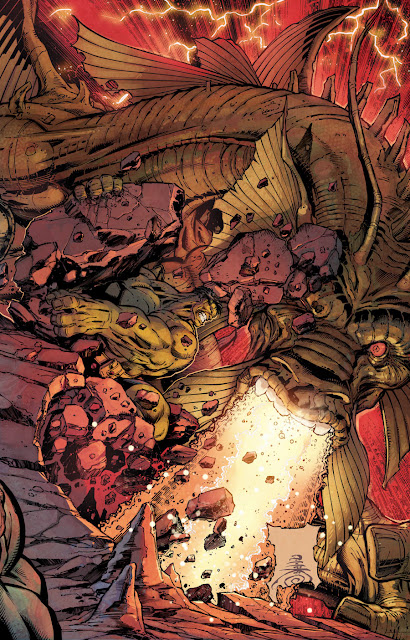 Pak calls it one of his own fan-boy wishes, but I'm right behind him on that one. Flip an email to your LCS today and tell them you want to be ringside when these two jade giants collide!
Posted by IADW at 11:59 pm