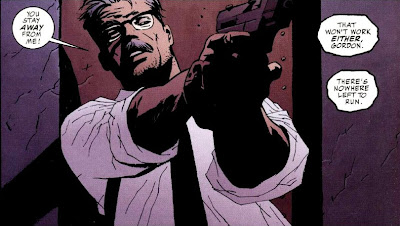 Famous pairs always have their origins. If Batman didn't go to the circus he never would've been addiction to yellow caped sidekicks, and if you've never read Batman: Gotham Noir you will never have seen the first team-up of Criminal creative combo, writer Ed Brubaker and artist Sean Phillips. Luckily for you DC has just re-released it. 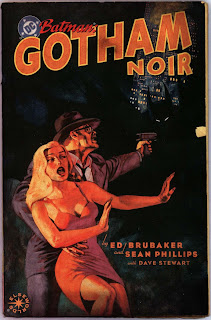 The last of DC's highly-missed Elseworlds line, the pitch-perfect pulp story picked up just after WW2 and starred a drunken Jim Gordon, booted out of the force and filling in time between bottles as a private detective. As his client is murdered, Jim's battle to clear his name brings him into contact with the likes of Harvey Dent and the shadow of the bat himself.

Sean's Batman is brilliant - all you ever see is a shadow with two haunting white eyes. Why other artists haven't ran with this in the days since is a question worthy of The Riddler himself. As usual though, The Joker threatens to steal the show, and the backstory Ed creates for this version is sadistically worth any price splashed on the cover.

Need another incentive to track down this noir piece? How about Sean's take on the Catwoman herself, Selina Kyle; 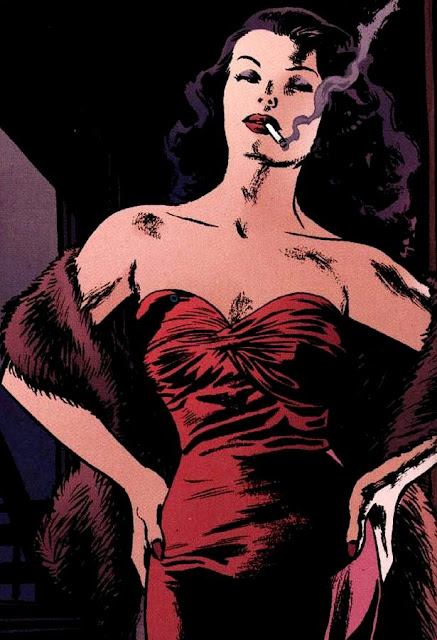