HONEY CAN I HAVE THE KITCHEN TABLE BACK? Amazing Fan Built LEGO Batcave 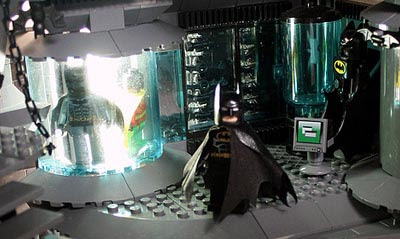 'Build a Batcave and get over it' If your father, mother, partner or other has ever said this to you or something vaguely simillar, you probably just laughed them off and carried on your merry way. Not so flickr user Orion Pax - using evey kids first 3d creation tools, he's created a massive Lego Batcave that will drive you Scarecrow level crazy with it's truckload of cool.

Just look at the detail above for instance. Not only does the Dark Knight have a Robin outfit in his light up wardrobe, he has a vending machine too! Proving even the world's greatest detective needs a Coke and a handful of M&M's to beat The Riddler's puzzles.

Says Orion of the 68 brick high week long project; "Always felt like doing something with all the collected Batman stuff. So I did. Approximately 8000 - 9000 parts been terminated to build the cave".

Ready to take in Orion's full bat-work? Feast your eyes on this... 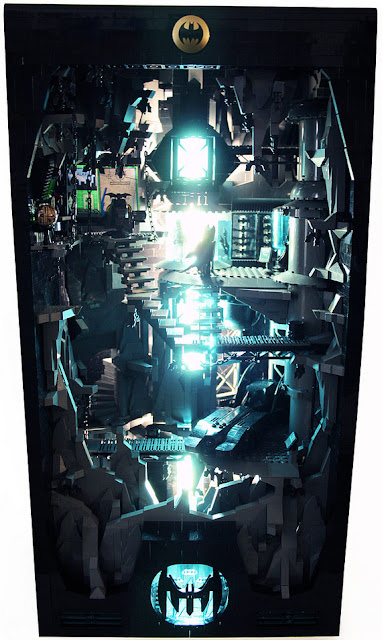 Jeepers - if anyone ever 'accidentally knocked this over' I'd disown them for life. Freak'n-cool. For more close up pic's and to give props, visit Orion's flickr page, right after the jump.
Posted by IADW at 9:32 am