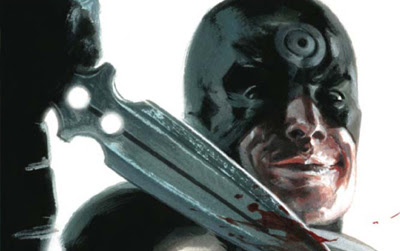 Joe Casey I put in the same League of Extraordinary Writers as Kurt Busiek. Even if Joe's name was on the cover of Super Squirrel #1 you could easily fork out for the title and get a quality read, knowing the guy has the writing chops to make that squirrel sing.

With the Marvel mini-series Vengeance, Casey has a bit of an easier run than writing some woodland creature, he's studying the state of 'Marvel evil' through the new Teen Brigade, who think the classic heroes have gone soft and the Young Masters (of evil) who think the same can be said of the villains, and hunt down Bullseye's legacy to prove it.
THE PREVIEW: (Click to enlarge) 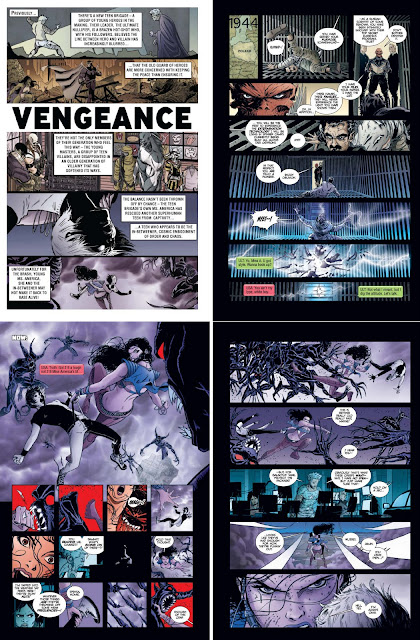 I wonder if Red Skull does his popcorn the same way? With art by Nick Dragotta and a cover by Gabriele Dell'Otto, VENGEANCE #2 is released in the U.S. this week by Marvel Comics, for a guaranteed good-time price of $3.99.
Posted by IADW at 11:59 pm