MY WIFE'S A TREACHEROUS HARPY - The Downside Of Being Guardian, Plus A Preview Of Alpha Flight Two 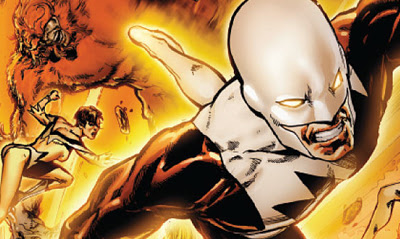 You'd think when you rocked one of comics best costumes, had a sweet power and worked with a team-mate who could turn herself into a dinosaur, you'd have it made. Wrong.

Guardian, in the first issue of the new 'My God this book's brilliant' Alpha Flight mini series, was shot in the back by his wife Vindicator, who has jumped from his bed to the government's and is now set to turn Canada against her former friends (and you thought Aurora had issues)!

While James's wicked, wayward, wack-job of a wife looks certain to get her way, one bouncing bundle of hair is about to wreck her plans. How do I know? Probably the way he's smirking on the cover of next week's issue... (click to enlarge). 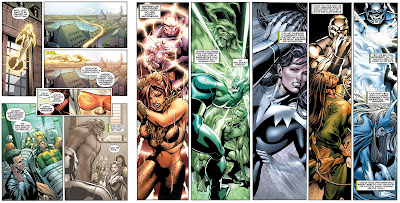