NOW THAT'S A SPLASH PAGE: Behind Every Great Avengers Line-Up Is A Wonder Man

Splash pages, you gotta love 'em. A blank canvas where the artist can hit you with a large dose of illustrated 'wow'. For this week's splashie, I'm taking another shot at hawking the work of a lifetime Jim Cheung is doing over on Avengers: The Children's Crusade. Avengers Assemble! 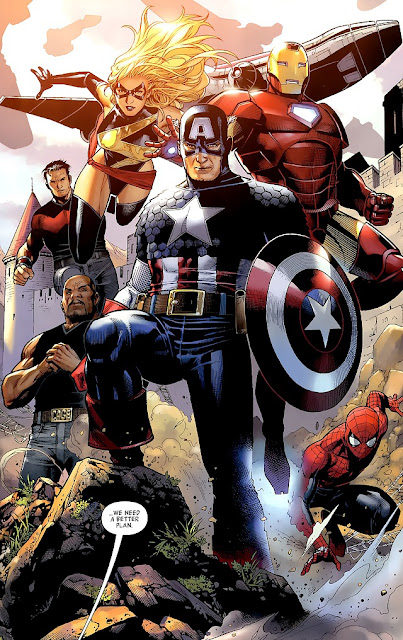 Umm, you can stop drooling now. When Captain America, the most realistically-powered person on the team looks the most powerful, you know you're drawing the Avengers right. While I'm not a 'Spidey as an Avenger' fan, any assemblage with Simon Williams in it can never go wrong - especially with Jim behind the pencils! 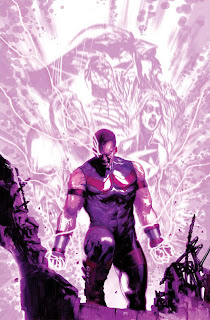 Speaking of Wonder Man, nothing makes me more hesitant about September's comics, than Simon forming the 'Revengers' to stop the Avengers bringing chaos to the world around them in New Avengers Annual #1.
It's one of those on a knife edge ideas. If it portrays Simon as to much of a nutter, it'll fail, but if it shows him as the always trying to do the right thing guy he is, it could be the event of the year - one that even gets him his own book back.
Posted by IADW at 9:00 am