ROCK SOLID: My Pick For Loeb And McGuinness's Next Reborn Marvel 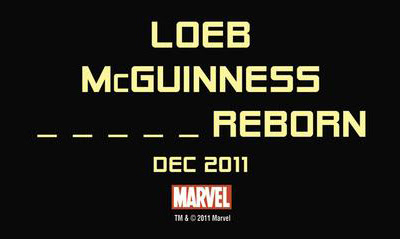 Jeph Loeb and Ed McGuiness, they've rocked their way through Superman, Batman and the multi-coloured Hulks - but who are the duo locking onto next? X-Men? Cable? Cloak? Venom? Vison?

While all the above fit into last week's five-letter teaser (and ignoring the fact the five letters could be a red-herring), I'm thinking/hoping/ praying/pleading the answer might just be; 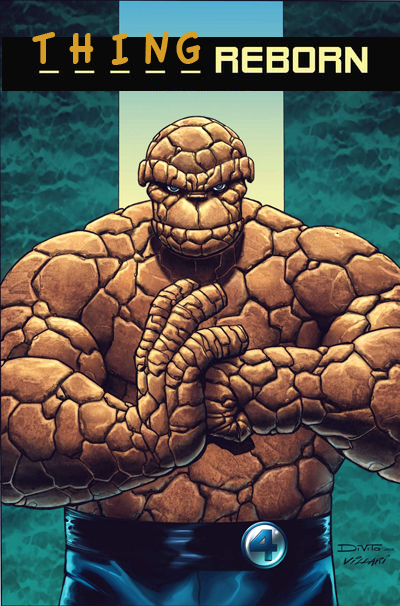 While 'reborn' may suggest the return of a deceased star, I'm thinking it could also cover a series devoted to restoring one of Marvel's biggest icons to the prominence he once enjoyed.

The Thing is THE character that got me into Marvel. His loyalty, attitude and the fact his best mate stole his girlfriend while he was off planet saving the world, showcased the true heart of a hero.

With the House of Idea's recently moving Ben back into the spotlight on the sly - New Avengers, FF and now as one of the possessed in Fear Itself - who's to say their most recent mega-event won't culminate in a Thing Reborn #1, done by two superstars who are a perfect match for this cornerstone of 'classic Marvel'! Guess we'll find out at San Diego!