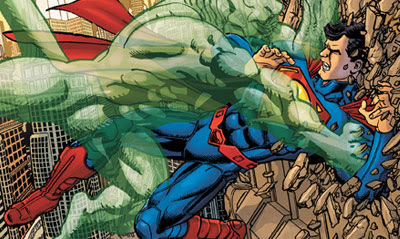 Asked to define 'faster than a speeding bullet' even your average four year old will reply 'Superman' – but that’s not the only thing. The worlds most famous fictional couple (take that Romeo and Juliet) are back to being single in DC’s new post September universe, and while almost 15 years of marriage in comic book time may seem like two in the real world – from September the marriage will be treated as if it never had happened at all.

Don’t dust off your good frock just yet ladies, the emphasis of the new super titles is ‘isolated’ with the main man having lost two sets of parents and trying to find his place in the world as it’s first super-hero. 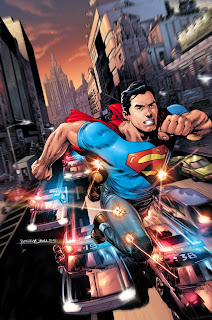 Don’t think that’s your que to flex to impress guys, Lois Lane isn’t single either. While writer Grant Morrison and artist Rags Morales handle young and angst Kal-el in Action Comics, over in the non-year one Superman, Lois has a new role at the Daily Planet (Perhaps E.I.C?) and a new B.F. to match, thanks to the legendary George Perez and artist Jesus Merino.
I’d kill for her partner to become Metallo. The idea she gives her heart to Superman and the man she loved gives his to kill him sets up a cool little triangle I really dig.

While all this and the notion that a non-humanitarian Supergirl is arriving to earth for the first time may seem like a return to the pre-Crisis On Infinite Earths Superman, there’s one word that seperates it alone. Morrison. His creativity will give the Man of Steel an inventive fresh edge, kicking off with the fact Superman is more akin to Doc Savage – an adventurous super-man, who can leap tall buildings in a single bound, but not quite fly.

As Kal-El/Clark Kent battles with discovering his own self-identity, here’s five quick questions I’m eager to dicscover about how the franchise will stand after September;
See? Everyone knows Superman’s life was turned upside down when Krypton exploded, now you get to tell them it’s happening again in DC’s new 52. I can't wait.
Posted by IADW at 11:51 am