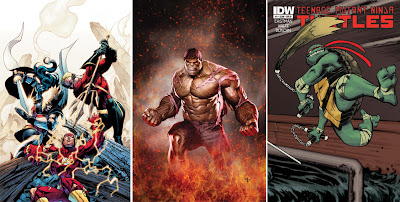 WATCHMEN – It’s where I scope out next month's comics and assign a hot new release characteristically with one of the five key heroes fromWatchmen. While I may not be Ozymandias just yet, to me the month of August 2011 shakes out like this:

DR MANHATTAN: (The Giant Neon Blue Guy In The Room)
FLASHPOINT #4-5 #1 (DC) Your parents said 'Don't lick your knife' but did you listen? Super-heroes are warned of the butterfly effect of time-travel too, but likewise they continue. Now as Atlantian forces collide with Amazon warriors, you'll see how everyone's actions lead to that 52 title re-launch thingee DC are talking so much about.

RORSCHACH: (The Independent Voice) TEENAGE MUTANT NINJA TURTLES #1 (IDW) Just when you thought there weren't enough nunchakus in comics, the little indy that BOOMED is back! With co-creator Kevin Eastman involved there'll be pizza, ninja moves and teenage 'tudes quicker than you can say 'Cowa..' you know the rest. 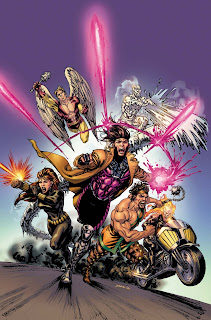 NITE OWL: (The Dependable Goodie) GAMBIT: FROM THE MARVEL VAULT #1 (Marvel) Gambit joins the L.A's best -The Champions to take down M.O.DO.K.. I mean what more needs to be said? If this Scott Lobdell written ditty is a Champions relaunch that went sailing, I hope someone at Marvel is hanging their head in shame right about now.

THE COMEDIAN: (Mature Readers) INCREDIBLE HULKS #635 (Marvel) 'Heart of the Monster' concludes with a gamma-sized beatdown! While not technically a mature readers title, for all the radioactive language you'll spout realising it's writer Greg Pak's last, it pretty well should be.

SILK SPECTRE: (Stops traffic with looks alone) THE PUNISHER #1 (Marvel) This I don't get. How can you chuck three variants on one book with stunning interior art and not give that artist one of them? It's crazier than Bullseye. Still if you thought Marco Checchetto was hot on Daredevil, he's reloaded now and coming at ya' with all guns blazing! 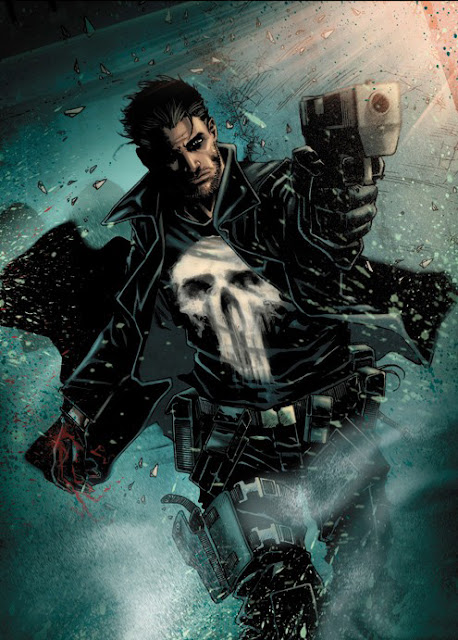 See - Marco's interiors are cover shot perfect.
Posted by IADW at 9:00 am