FACE-OFF: The Top 6 Bane Artists Ever (Up Until Now)

Despite being a bit of an anti-hero, Bane is the world's worst role model and rising star. By amping up on chemical nasties Bane gets the cajones to break the back of Batman and his own 'blockbuster before it's even released' Hollywood film. Now, before his face gets thrown everywhere in the lead up to The Dark Knight Rises, here are my picks for The Top 6 Bane Artists Ever (up until now). 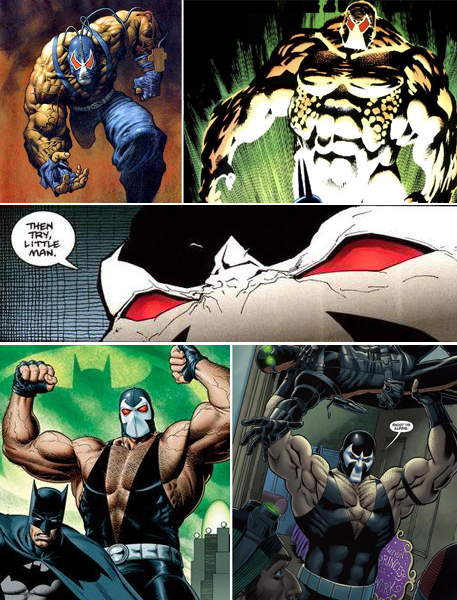 (Top to bottom)
6) Alex Horley Trading card art should never be left that small. This piece by Alex in an almost 2000AD style proves just that.
5) Kelly Jones One of the best bat-artists ever to walk the planet, Kelly's trademark shadows gave Bane a hell of a lot more punch.
4) Roger Robinson Missed Roger's animated movie in print Bane rematch in Azrael #36-40? Get ye to yonder comic store asap-eth!
3) Brian Bolland Some people say there exists a DC character Brian can't nail - me? I'm yet to see it.
2) Nicola Scott Like everything in Secret Six Nicola's Bane mastered the details. Here as Bane taunts the henchman with 'Shoot the illegal', the sign in the background says 'Caution: Princess At Work' Great stuff!
To see the #1 Bane artist, simply click on the words 'This City Is Mine!' 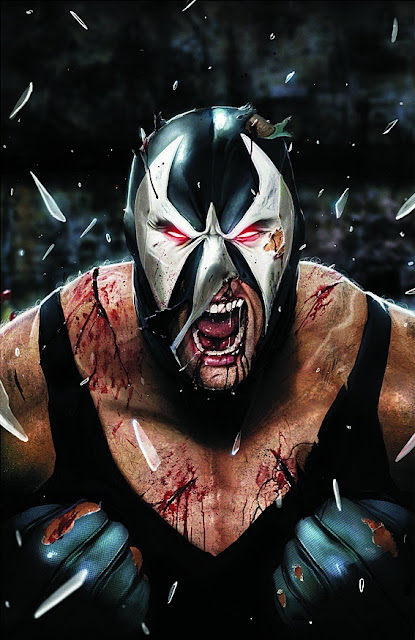 1) Daniel LuVisi Any guy who draws Bane riding a dinosaur is all right by me. While that's not the Secret Six cover I've posted of Daniel's, this one still screams "My name is BANE!!" - as the muscle-clad menace is prone to do.

Who is your favourite Bane artist?
Posted by IADW at 9:00 am