MAKING A MARK: 89g - The Digital DC Fan Who Has Batman On His Knees

Twice a week, Making A Mark gives an insanely talented artist a little brag-space right here on IADW. Today, it's the turn of 89g - a huge Bat-fan turned deviant artist, whose array of stunning sketches and finished art aren't just restricted to the citizens of Gotham. 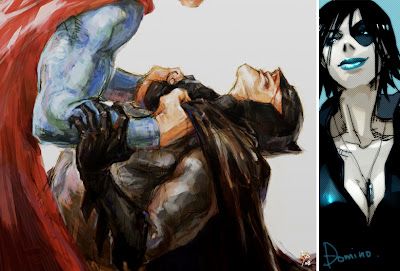 Just to clarify, those are two separate works of art - although the smirk Cable's main lady Domino is giving Batman's beating at the hands of Superman does seem like a natural fit!
Using various programmes to create their work, digital painter 89g declares they like both icons, labelling the piece 'Hurry up with Kryptonite ring, Robin!' 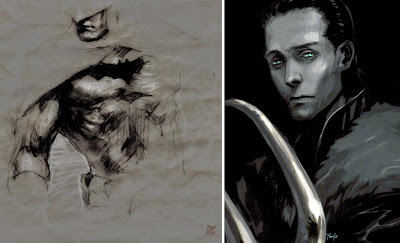 While saying that the Batman sketch above 'just wouldn't be the same if it' had gone any further' is a little redundant, it's awesome how 89g knew just when to stop. Heck, the facial expression in both Batman and Hiddleston's Loki on the right say it all anyway. 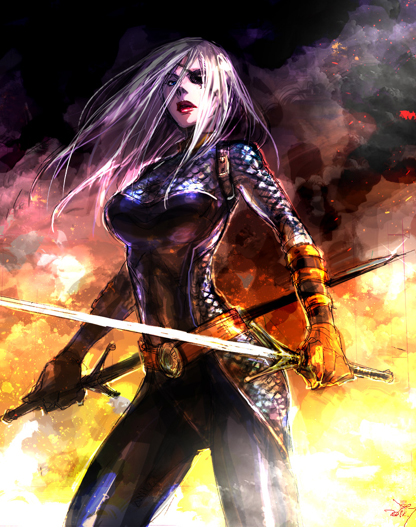 You know - the more time goes on, the more I rank Ravager as one of DC's leading females. Hopefully with Deathstroke heading his own series post DCU 52, daughter-dearest will be right along side him.

For more of 89g's work, visit their online gallery after the jump.
Posted by IADW at 11:00 am