Twice a week, Making A Mark gives an insanely talented artist some IADW brag-space. Today goes to Malik, a female illustrator from the land of Japan, who aside from being a major fan of both video game Assassins Creed and anime, has an extensive and impressive online portfolio featuring both. 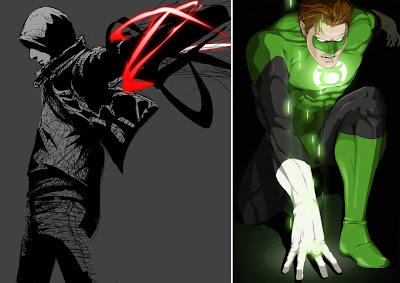 While Hal Jordan on the right there is nothing to sneeze at, I love the style she takes with Alex on the left - hot from the world of video game greats. The rest of Malik's portfolio is quite light in linework, but this shows she can wield black and make it work for her. If only she'd turned it into a series - imagine Thor in this style! 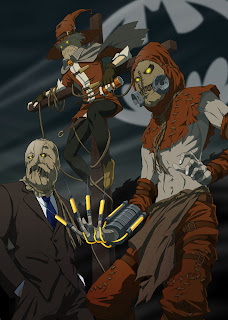 Luckily as many artists seem attracted to do, she has quite an extensive Batman related set of work. As the Scarecrows prove, it again turns the dial up another notch when she steps over to the darker side (and in Gotham that's pretty dark)!
With that in mind and no Psylocke as yet in her gallery to use as my usual comparison piece, this time around let's run with how she handles the mistress of mayhem; Harley Quinn. 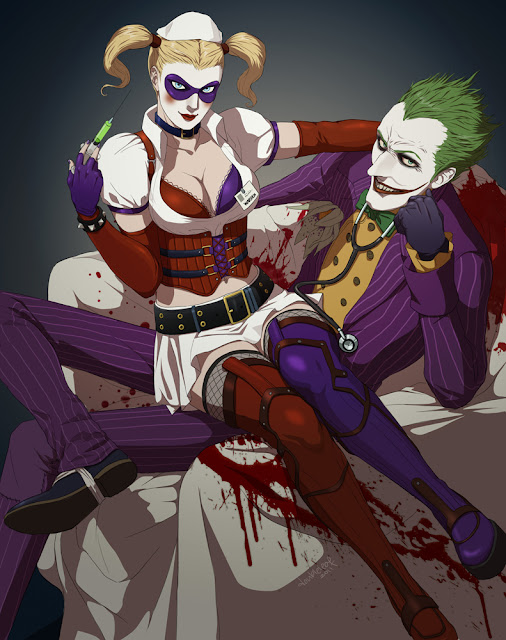 Joker gets to play doctors and nurses with Harley? I thought crime wasn't meant to pay? Showing her anime based art isn't all doom and gloom characters however, she tackles one Marvel subject who needs to be animated! 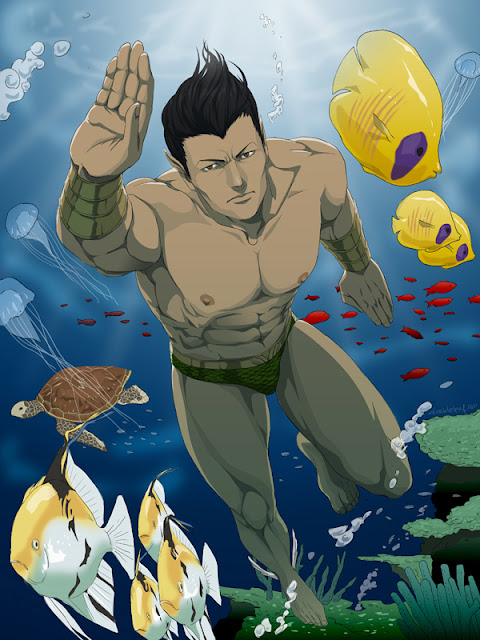 While Aquaman will always be #1 marine dude with me, I would kill to see an animated feature/series that split Namor's duties beneath the waves with fighting the Axis forces as part of The Invaders. I think that would really be something fresh for audiences to enjoy - and this artwork makes me even more convinced!

For more of Malik's stunning imagery, visit her gallery after the jump.
Posted by IADW at 9:00 am