MAKING A MARK: Stuart Sayger - The Power Behind The Power Girls

Twice a week, Making A Mark gives an insanely talented artist some IADW brag-space. Today goes to Stuart Sayger, an inde comics illustrator with an Indiana accent, who first caught my eye in 2010 with his contribution to the Hero Initiative's 100 Covers of New Avengers fundraiser. His killer contribution? This beauty right here; 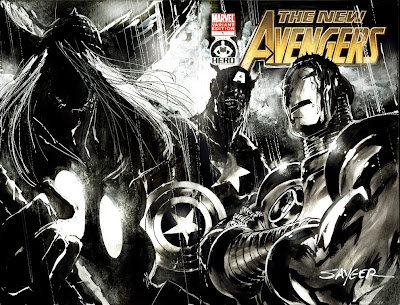 While Cap's shield may not protect him from much, this foreboding artwork leapt above the other 99 on offer and made it seem like the legendary Bill Sienkiewicz was back in the game. While further investigation proved that wasn't the case, it uncovered someone just as talented in the process. 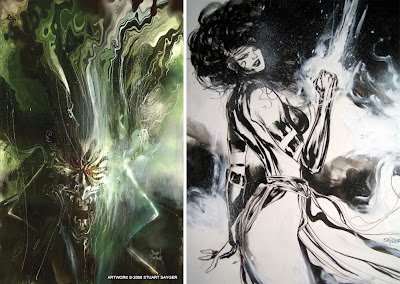 I can see last week's idea to use Psylocke as a point of comparison between all featured 'Making A Markists' isn't going to be hard - here she steals the show anyway, mixing Jim Lee with Elektra: Assassin! 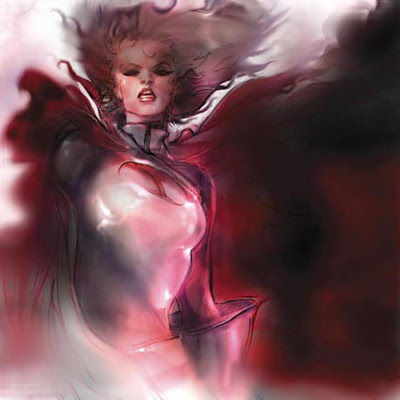 If you think Power Girl is mouthing 'Call Me' in the above shot you're not alone. Only for me it's more the fact the non-Supergirl super girl bares a striking resemblance to rock icon Deborah Harry - maybe even as a frame from some unseen 80's Blondie video!
What about DC's biggest female powerhouse? Well wrap your laughing gear around this; 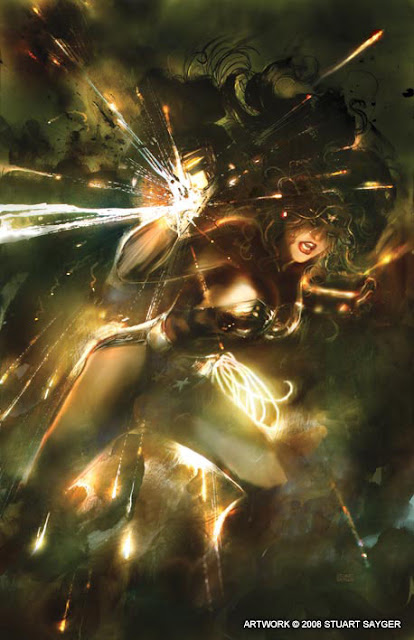 Proving 'dark artists' can draw Wonder Woman and still convey the character perfectly, bullets and bracelets has never given off more sparks than right here!
For more of Stuart's boatload of awesome artwork, you can either catch the artist on his CBR forum or over on his very own website!
Posted by IADW at 10:37 am