Splash pages, you gotta love 'em. A blank canvas where the artist can hit you with a large dose of illustrated 'wow'. For this week's splashie I'm also kicking off a one week countdown of the seven things I'll miss most about the current DC Universe. First up Wally West - especially choc-dipped-in-the-art-of-Scott-Kolins Wally West. Now that's tasty! 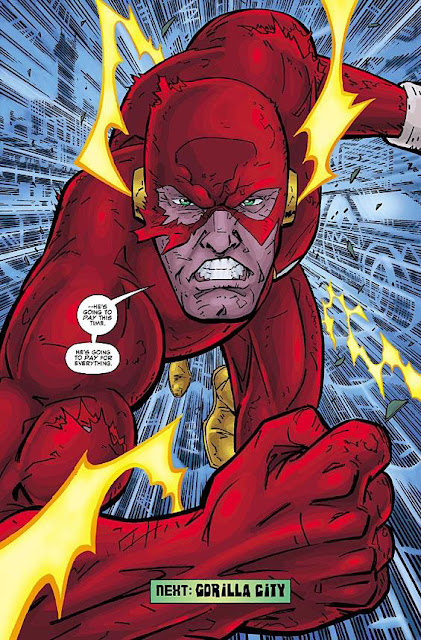 Come to think of it Wally had a great line-up of illustrators render his run as the Flash; Howard Porter and Mike Wieringo among two of the many others that pop to mind.
While Barry Allen had me adamant I was going to be a forensic scientist until the age of 15, Wally West's journey from inheiriting the mantle to learning to be his own hero at the same time gave the concept of 'Flash' more gas then ever before. 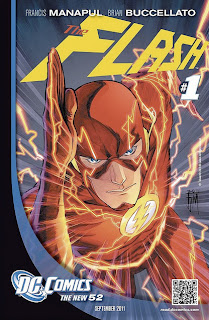 In a universe built on the concept of 'Legacy', the one that ran through Flash made the book rise to the top. With Geoff Johns on words and Kolins on pencils, even Batman didn't handle the concept as good as the Speedsters.

How the legacy of the fastest men alive will continue or if it even exists yet post DCNu52 is one of the key mysteries for me, with the existence of both Wally and Jay Garrick up in the air. However I know I'll be right there for those first few steps, as after all this time as a Flash fan, their legacy is my legacy too.
Posted by IADW at 9:00 pm