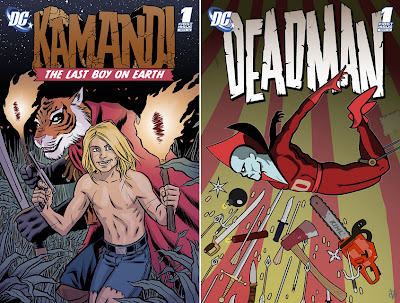 Imagining who would make your DC 52 seems to be the internet's favourite game right now, heck I even did my Marvel 52 a few weeks back, just to make the ground even!

Over at the new and spiffy blog DC Fifty-Too however, they take the game one or two artistic steps further, having a range of awesome illustrators hand in a cover concept for the title they wish was a part of all the relaunch wonder.

Featuring everyone from Dex-Starr to Lois Lane, Blue Devil to the Blue Beetles, my collection groans that Robert Wilson IV's Kamandi isn't truly a part of the real DC's starting line-up. Some Kirby concepts should never be left on the shelf! 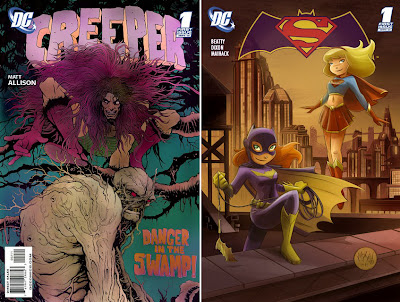 The independent artists new offerings will continue up to the end of August, when the actual DC 52 launches with Justice League #1 (over 200,000 copies ordered so far)!

My pick so far, Matt Kaufenberg's House of Mystery. Not only is it more humourous all-ages cool, it features the Martian Manhunter and combines two great pop tastes in one flavour, with a giant gorilla whose brain's in a dome! Who can argue with that? 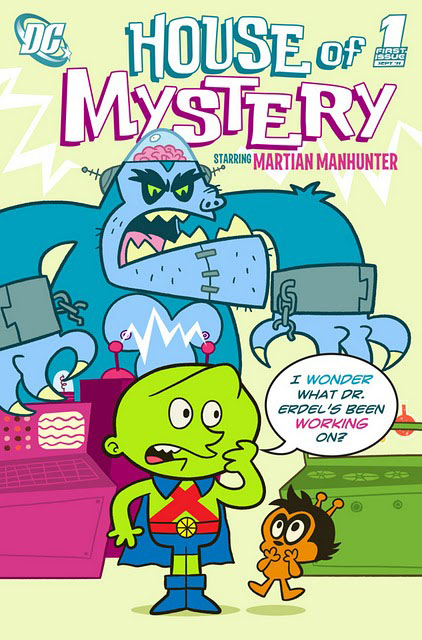 Get your fill, visit DC Fifty-Too after the jump.
Posted by IADW at 6:30 am