If the secret society of comic coolness had a secret handshake, phrase or motto, chances are it would come from the pages of the Secret Six.
Written in it's too-short-entirety by Gail Simone, the title mixed violence, humour and underdog characters, with art by Nicola Scott among others.

While it won't see the DCnU in, like the Suicide Squad before it, it's legacy will be as one of the defining books of it's era.
So as any highly acclaimed passing is prone to generate, here is a six gun salute to the Secret Six and all the craziness they delivered monthly (just remember to click to enlarge)!
SHOT 6: Catman, Bane and Ragdoll pull an Adam West (#9)
Shot 5: Catman vs Bronze Tiger (#17). Sorry, I'm a Six-fan, but here there could be only one. 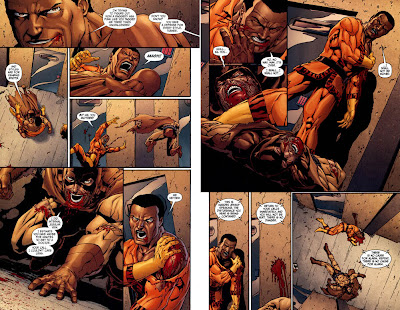 SHOT 4: Ragdoll Dreams (#8) And you thought Tiny Titans was good... 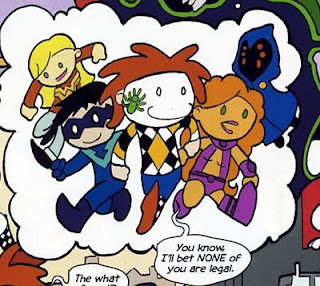 Oh you want more? Well never let it be said I don't listen; 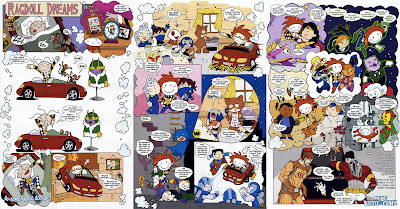 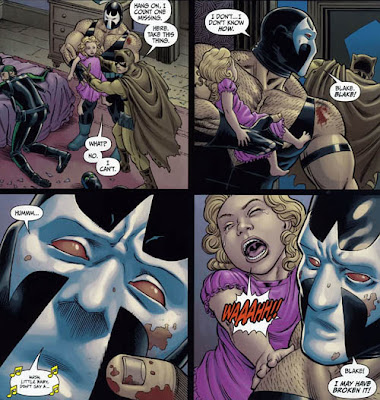 And to pull the trigger on the final two shots my friends, I'm afraid you have to click through to the very next page... 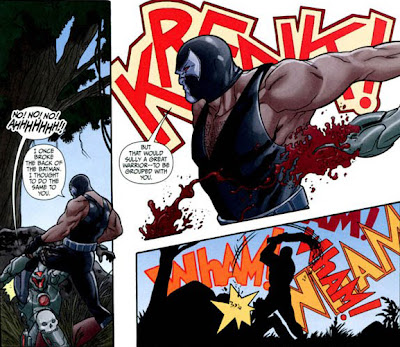 I love the sound effects in that one - it really brings back that Adam West feel. Speaking of 'full circle', you'll note no moments are taken from the recent final issue (#36).

You know, the one where trapped in a warehouse surrounded by super-heroes, Jeanette has the Huntress pinned, Catman has Jeanette, Deadshot has Catman and Scandal has Deadshot? No? Then it seems there's still one more secret you need to solve...
Posted by IADW at 11:59 pm