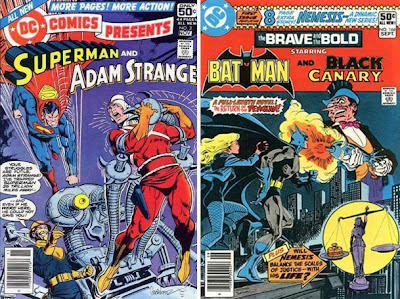 I have to admit, part of me when DC announced the DCnU 52 would see a return to some of their characters most (debatably) iconic state - like Flash and Batgirl - I also hoped the same would be said for a few of their former titles. Namely the return of team-up books like Superman's DC Comics Presents or Batman's The Brave and The Bold.

With the former Wildstorm universe characters now mixed into your friendly neighbourhood DCU, these iconic books would make for a great way to introduce them to fans of DC's major icons, as well as spotlight how other DC concepts that didn't grab their own title now fit in, like Kamandi, The Spectre and Dial H For Hero. 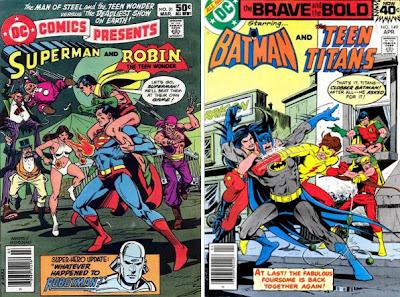 The other highlight I see here is the ability to get back out there and tell more done-in-one stories. Great reads with a beginning and middle and end, that don't require you to read six months of often stretched out story to get every beat. What happened to those?
Sure story-arcs = return visitors, but don't dependable reads anchored by world famous characters?
All it would take is a writer who is a master of the tricks of the panel by page medium, like Kurt Busiek, Joe Kelly or my pick of the bunch Joe Casey. A master at mixing modern culture into exciting plots and twists Casey could make the established modernly fresh in a heartbeat (as the DCnU seems to require writers to do) and weave subplots through the book to reward loyal readers, while still focusing on one-off's that treat the casual connoisseur. 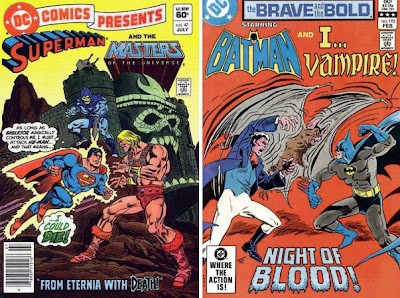 As for trade collections, I'd skip that with these books too and snatch the digest format from Archie instead. Imagine; a miniature bumper collection of Supe or Bat team-ups, with folks from across the DCnU, with about half a dozen or more complete stories in each title!
How could anyone argue with that?
Posted by IADW at 11:57 am