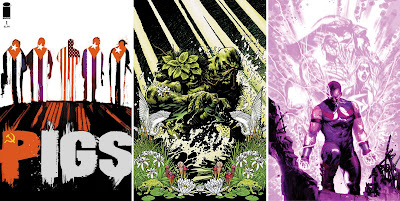 WATCHMEN – It’s where I scope out next month's comics and assign a hot new release characteristically with one of the five key heroes from Watchmen. While I may not be Ozymandias just yet, to me the month of September 2011 shakes out like this:

RORSCHACH: (The Independent Voice) PIGS #1 (Image)
If you miss picking up PIGS, your comic store owner should legally be aloud to slap you. Image's next 'big thing' by a country mile, an inactive KGB Sleeper cell has awoken and is now coming to kill you. Drown your fear in Vodka comrades - 'tis only solution. 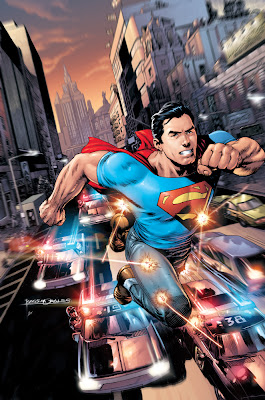 DR MANHATTAN: (The Giant Neon Blue Guy In The Room) ACTION COMICS #1 (DC Comics) Having already revamped the whole JLA, leaping tall buildings in a single bound is nothing for writer Grant Morrison. Now he focuses his retweek skills on the pulp origins of it's most famous member, armed with artist Rags Morales hitting the highest gear of his career!

NITE OWL: (The Dependable Goodie) SWAMP THING #1 (DC Comics) For those mourning the fact Swamp Thing is no longer a mature readers title, you need to read Snyder's Detective Comics. The frights produced by Commissioner Gordon's son will make you fear what he will do in the pages of an actual horror comic!

THE COMEDIAN: (My Rank Outsider) New Avengers Annual #1 (Marvel) While creators Dan Abnett and Andy Lanning seamed to have upcoming plans for Century, seeing if this picks up on his Force Works relationship with the Scarlet Witch has me psyched enough, without even thinking of the Revengers showdown or Gabriele Dell'Otto's art!

SILK SPECTRE: (Stops traffic with looks alone) AQUAMAN #1  (DC Comics) No longer having to share his Aquaman mastery with other characters and artists in the pages of Brightest Day, Ivan Reis now has a whole comic to show off in! Presumably one of the six DC 52 titles to have broken the '100,000 copies ordered' mark, what a change in tides for the renounced King of The Seven Seas his art will have helped fuel! 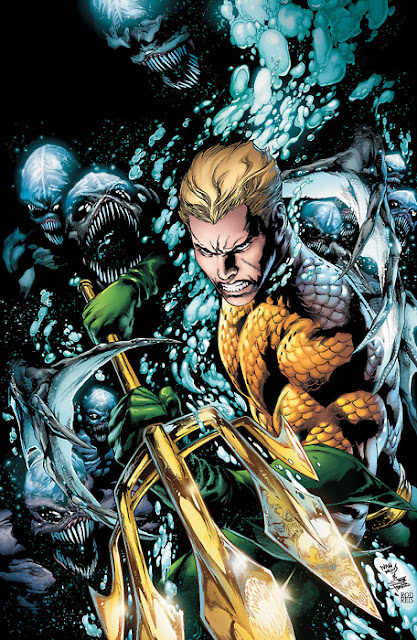