You know one thing I used to crave staying up late for as a little terror - Royal Rumble. I'd do chores to earn the right and then grab my cola and Burger Rings, head for the couch and count the buzzer till Macho Man Randy Savage cleaned the clocks of all the other million and one (or so it seemed) wrestlers sent against him. 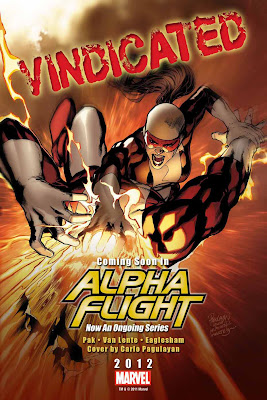 Now Marvel Comics is giving the 'once a mini, now an ongoing' Alpha Flight a royal rumble future, as these upcoming teasers go to show.

Yeowch! Something tells me, when your murderous x-wife fries your face at close range like that the marriage is off. Unfortunately for Mac, it's not just Heather who has taken a liking to providing him with a little cosmetic surgery... 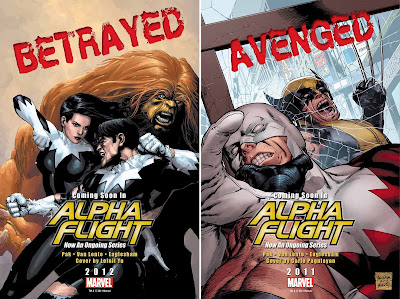 It's a pretty safe bet to hedge that Wolvie's in town due to Heather/ Vindicator stating the team has turned rouge on the telly, but how he'll stomach her new motives is going to make for one hell of an issue.

As for Vindicator, seems she's learned alot about slicing and dicing from her own past with Logan, just as the preview for this week's Alpha Flight #4 shows, her claws are as internal as they are external; 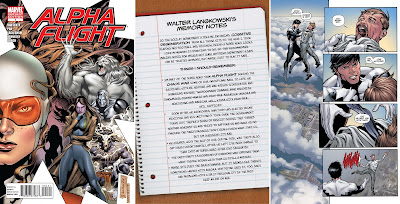 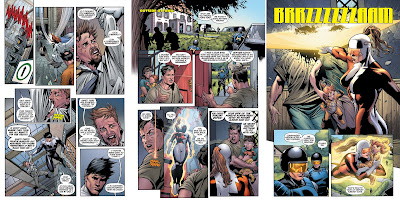 I love how Heather's cousin flips his opinion the moment he realises one's flown over the cuckoo's nest! Some people just can't handle the truth. Alpha Flight #4 is by writers Fred Van Lente and Greg Pak, with art by Dale Eaglesham, from Marvel Comics.
Posted by IADW at 11:26 pm