Who's ready to think about the end of the year? That's what I thought. Still Dark Horse provides more than enough just cause with their December solicitations. Of all their branded goodies ripe to fit in Santa's sleigh, these four take top cover honours; 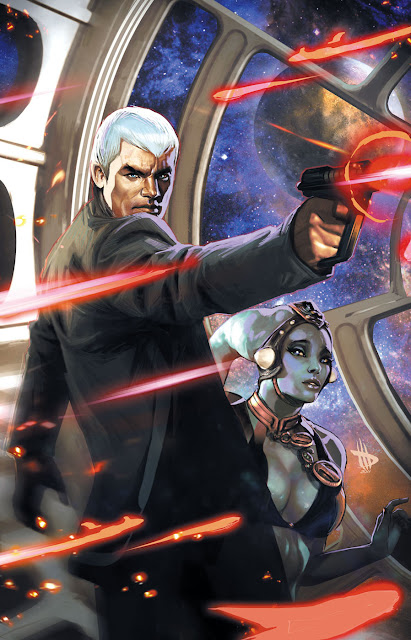 COVER OF THE MONTH: DAVE WILKINS - STAR WARS AGENT OF THE EMPIRE - IRON ECLIPSE #1 This series is meant to introduce a '007' to the Star Wars world and boy does this cover deliver! Just I never saw a Bond hang out with a blue skinned beauty before, unless you count that Vodka Jelly scene I've heard of... 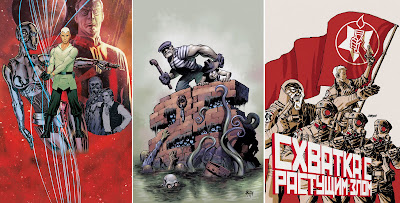