Well it's here and done - the new DC 52 has launched with the release Flashpoint #5 and all-new Justice League #1. In commemorating the swap, I wanted to highlight how the guy who doesn't make friends easy rewrites the universe when he does. (Possible Spoilers).

In Flashpoint #5, Batman's shares a little Batcave-time with The Flash: 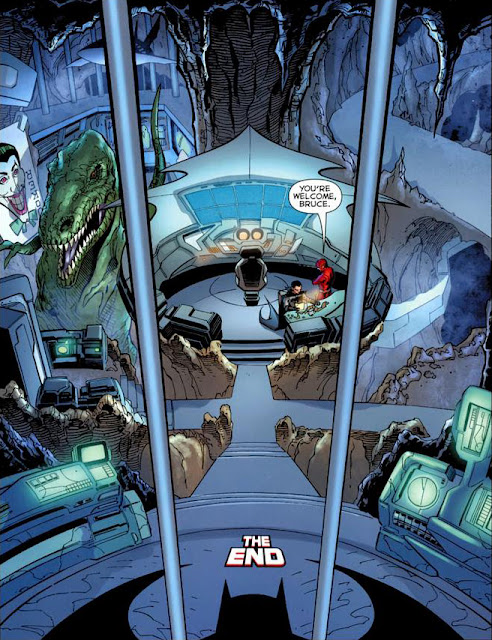 Boy that writer Geoff Johns does characterisation well doesn't he? Still it's true what your folks said guys; 'Be careful who you hang around with. You don't know where it will lead!' Be sure to grab both of these books though for a decent heads-up!
Posted by IADW at 7:54 am