I might risk being struck by lightning for talking about Marvel on DC's day of days, but all the '52mania' is giving me flashbacks of the last bit of inescapable comic news - Disney's aquisition of Marvel.

Not long after that, artists around the globe took to applying the Tron Legacy style to Marvel's most famous faces. Reaching into the darkest corners of the internet, I now pull out some of the rarest and best finds for you to download upon your senses. 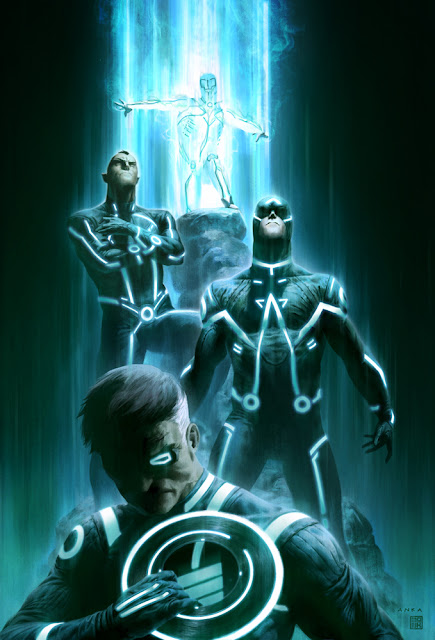 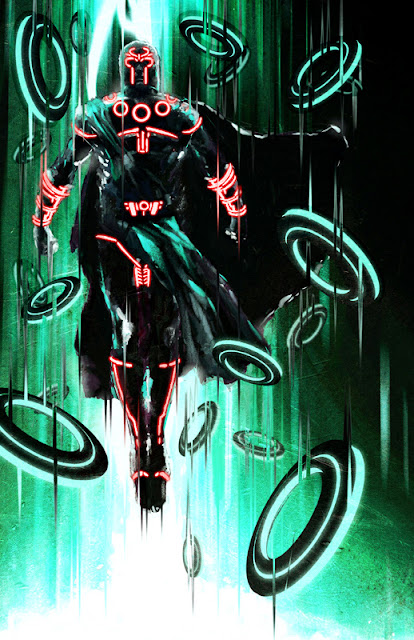 David Murdoch's Magneto - a God in any format. 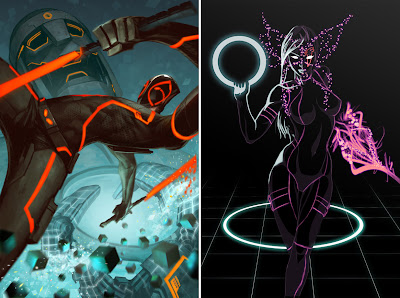 Deadpool vs Sentinel by JimJim and for the ladies, who else but Psylocke by Ultimatetattts (does the thought of Uncanny X-Force/Tron suddenly seem like a killer idea to anyone else?)

Finally, while Ghost Rider might seem the most obvious convert, I think the reaction of the rough-riding Rider to an electric highway is best rendered by Rambozo's Byte Me Program, don't you? 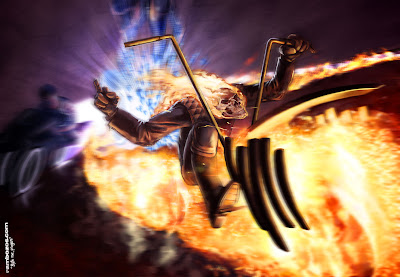 Who would you have Tron-inised?
Posted by IADW at 9:48 pm