FORGET THE AVENGERS: Three Teams Cable Should Really Take On 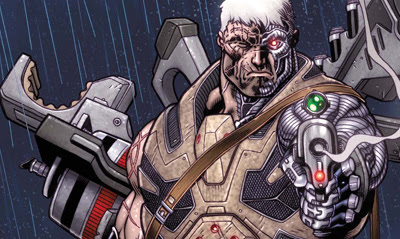 December's Cable Reborn #1 is now Avengers: X-Sanction #1 and in it the man who's never found a cannon he couldn't lift, takes aim at Earth's Mightiest as they move on his 'daughter' Hope.

While the equally techno Vision could cap Cable, this Vision-free batch of Avengers doesn't stand a chance (sorry Cap)! So here's three other teams Cable could've thrown down against that really would've pushed him to his limits! 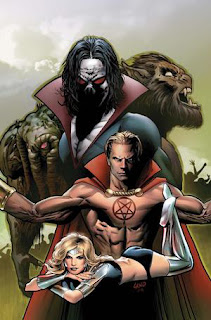 Possible outcome: Believing Hope is tied to the Darkhold, Hannibal and Dr Strange reform the Midnight Son's to capture her for investigation. As King, Blade, Morbius and Werewolf by Night track the girl, Cable realises he's not the only one who can glimpse the future, when Strange imprisons Hope's defender in a mystical realm, where he'll have to fight the hordes of Hellstrom to qualify for parole!

Winner: The Midnight Sons. Damn this would have allot of killer match-ups! But sorry Nathan, you're not walking away from Damon Hellstrom. 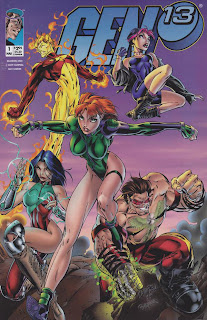 Possible outcome: If one set of teens know about being hunted by goons with guns, it's Gen 13. Finding Hope on I.O's list of experimental subjects, the 13-er's cross realities to protect the prodigal mutant before I.O'S goals of cloning can be achieved. Cable however, just sees another super-group trying to kidnap his daughter and he'll make sure this bunch are no more successful than the last!

Winner: Cable. While Fairchild would have a good innings, it isn't just a hit squad the kids are up against - it's a one man army who has beaten Apocalypse. Grunge ol' boy - you just don't stand a chance. 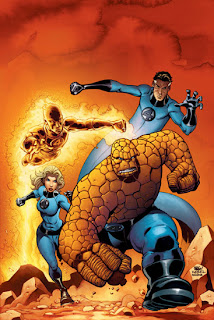 Possible outcome: The Silver Surfer is on the hunt for Hope before her presence can threaten Galactus. In their first encounter, Franklin Richards falls for Cable's daughter and the two elope to safety, as other Heralds join the pursuit. Stepping into a clash with the power cosmic, Cable's not the only one feeling maternal. The Invisible Woman, mortified a child is being used as a pawn, brings in the Four to protect her from all sides - her father included.

Winner: Draw The more I think about it, the more I think Susan would have allot in common with Nathan's perspective and motives. He might even end the conflict by joining the Four's Future Foundation!
What team would you like Cable to take on?
Posted by IADW at 11:37 pm