Twice a week, Making A Mark gives an insanely talented artist some IADW brag-space. Today we turn to Nuno Alves / Nuno Plati, an illustrator from Lisbon, Portugal already starting out on a path with Marvel Comics, whose portfolio brings a distinct style to all corners and eras of pop culture. Just check these two out. 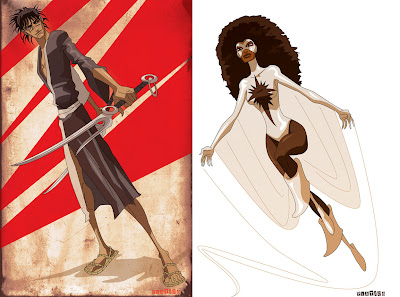 Ol' Manji from Hiroaki Samura's Blade of the Immortal looks as good as ever, especially thrust upon that textured background, but the real star for me there is Captain Marvel. In that costume, Monica Rambeau brings back great memories of not only a brilliant time for the Avengers, but also for Marvel itself. 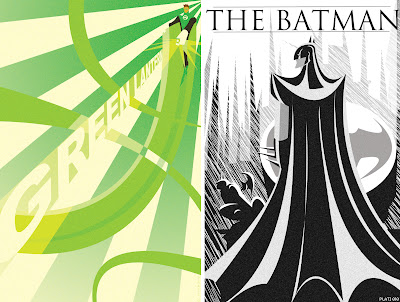 A self-confessed fan of both Green Lantern and artist Gil Kane's ahead-of-it's-time design for the hero, Nuno has a strong portion of his gallery dedicated to poster pieces which blend stylised heroes with the names of their alter-egos. And there is no bigger name than The Batman! 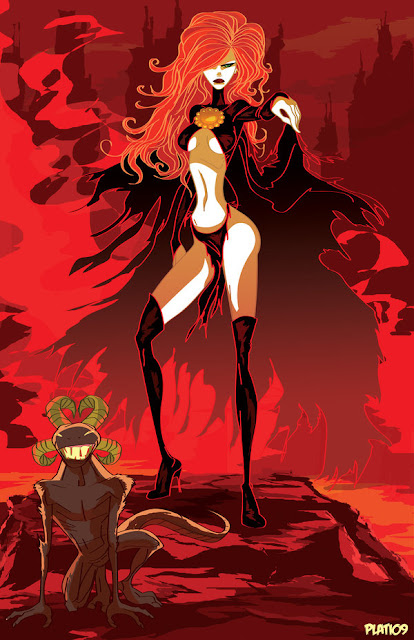 With the regular comparison piece of Psylocke unable to be found, this shot of the Goblin Queen allowed me to stay in the X-universe, show off Nuno's obvious love of Marvel 80's and use a character that wears a similar amount of wardrobe!
To feast your eyes on more of Nuno's work, you can visit him right here on Blogspot, just after the jump.
Posted by IADW at 9:00 am