The classes are getting shaken for Xavier's former students and now that each team has a had a few star players named, come the reveals that really add some flavour. While on the blue side New Mutants is always a spicy mix, check who is sandwiched between Nightcrawler (from the Age of Apocalypse perhaps?) and Wolverine on the gold...

Yeah wise-guy, Toad. Magneto's original beat-up-able buddy from the Brotherhood of Evil Mutants. How the agile antagonist factors into Logan's plans, along with what the powers and experience of one of the oldest x-characters brings, already creates all sorts of awesome possibilities.

Better yet he's been drawn by Chris Bachalo, the guy who made me stop seeing the character as a joke long before Ray Park or Activision's X-Men: Legends ever came on to the scene. Where did he do it? Right in the pages of Generation X #18... 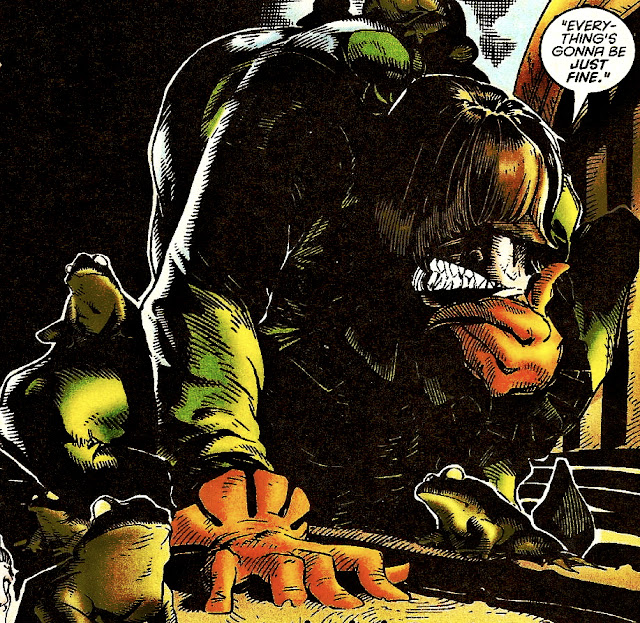 Not only did Chris make him a credible character through visual alone, the little frogs he hid around the pages of this and the issue that followed made one hell of a fun read. I'm not saying November will bring a repeat performance, but if it did I wouldn't be complaining.
Posted by IADW at 6:38 pm