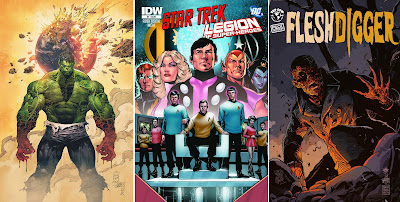 WATCHMEN – It’s where I scope out next month's comics and assign a hot new release characteristically with one of the five key heroes from Watchmen. While I may not be Ozymandias just yet, to me the month of October 2011 shakes out like this:

RORSCHACH (The Independent Voice): PILOT SEASON: FLESHDIGGER #1 (Image) Top Cow's reader's choice Pilot Season is back and already my vote is down for Fleshdigger. When a man lay murdered for aiding a lady in distress, little did he realise she had the ability to bring him back to life - only not quite as he was. One giant random act of kindness gone wrong, wrapped in a Francavilla cover!

DR MANHATTAN (The Giant Neon Blue Guy In The Room): INCREDIBLE HULK #1 (Marvel) When you own a whole comic company pretty much dedicated to hellish monsters you can either do one of two things; swim in your Scrooge McDuck pool of money or knock on Marvel's door and say 'I wanna draw the Hulk'. If you're Marc Silvestri you can also combine the two. 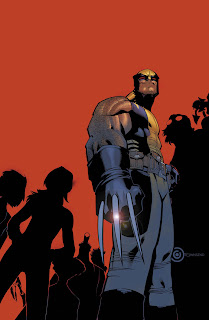 SILK SPECTRE (Stops traffic with looks alone): WOLVERINE AND THE X-MEN #1 (Marvel) A new source of twenty-odd pages of guaranteed Chris Bachalo a month. Yip folks, sometimes 'awesome' is just that obvious.
NITE OWL: (The Dependable Goodie) STAR TREK/LEGION OF SUPER-HEROES #1 (IDW) Forget the fanboy wet-dream this project is for a minute, writer Chris Roberson is the comic industry's next big thing. Trust me. After Starborn and resuscitating Superman I know this guy is headed for the stars. Lucky for him, this book is set right amongst them.

THE COMEDIAN (My Rank Outsider): HULK #42 (Marvel) With that 'other' Hulk book in October, I hope folks don't skim on this one. When Thunderbolt Ross losses an old friend, he takes off to the Middle East to get a few answers as the unstoppable Red Hulk. The US Gov send the Secret Avengers in after him, but adding War Machine, Valkyrie and the Black Widow just makes this showdown in the sand even hotter! 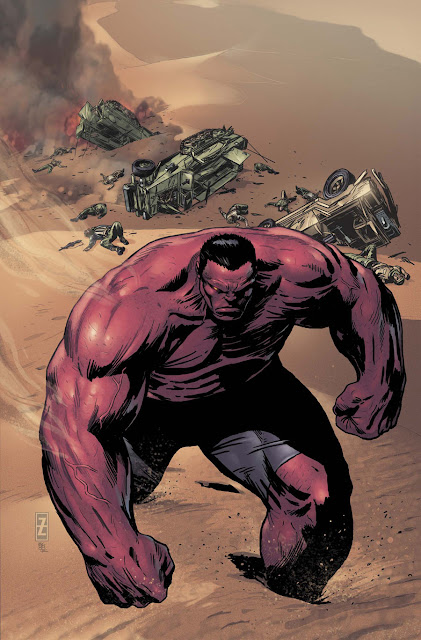