HOW TO FOOL THE JUSTICE LEAGUE: Stormwatch #2 Preview Reveals All

Granted, I've loved Wildstorm since before there was a Gen13 so I may be a little bit baias, but sue me if Stormwatch isn't already one of the books leading my 'must read' list, from the new DC 52.

Luckily, enough lunar rotations have occurred to the point where issue two is upon us and the team that's existed for centuries before the Justice League face an advanced herald of an oncoming force, bent on reshaping the moon. 10 flavours of cool wrapped in one Justice League of America #1 homaging cover; 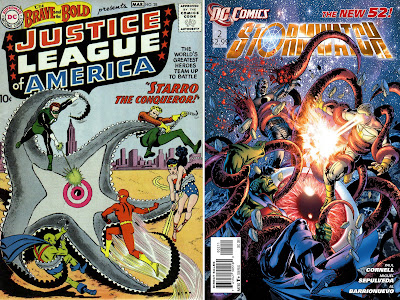 Is this sentry the new Starro of the DC 52? And does the history of Stormwatch negate the existence of Checkmate? Beats me. But if you are wondering how a covert team handles a shape-changing moon (try that Mystique) and still stays 'covert' the answers simple. Send the League on a wild goose chase. Check out the preview below to see what goose goes where. 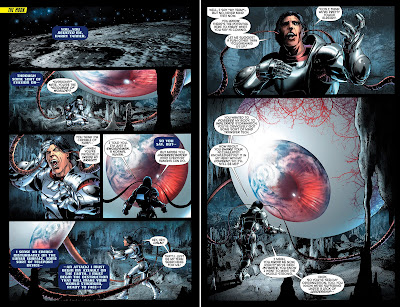 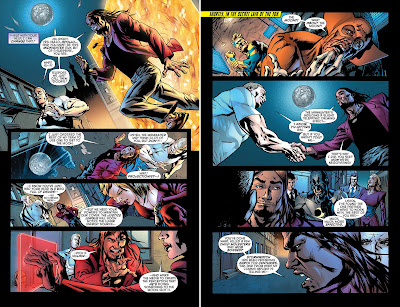 Poor Booster - hopefully that gets picked up in Justice League International at some point. Still, Midnighter's aboard so why not jump on too and bring a few friends with you. Just because the team's covert, doesn't mean you can't tell nobody.
Posted by IADW at 11:22 am