LACERA AND VILLAGRA UNITE TO CREATE THE WICKED 'AVENGERS MAX'

Maybe I got the wrong end of the stick for the new DC52, but while quite a bit has changed, in some ways many characters haven't, like you'd think a line-wide revamp would inspire folks to do. But what if you could? What if you could 'snap', 'crackle' and 'pop' your favourite comic book franchise, and reshape it regardless of mainstream tastes?

Well that's what artistic mates Carlos Villagra and Jorge Lacera have done with 'Earth's Mightiest'. Building member upon member, they are defining a no-holds-barred re-imagining of the Avengers, titled Avengers Max. The first three of the chosen shake out like this; 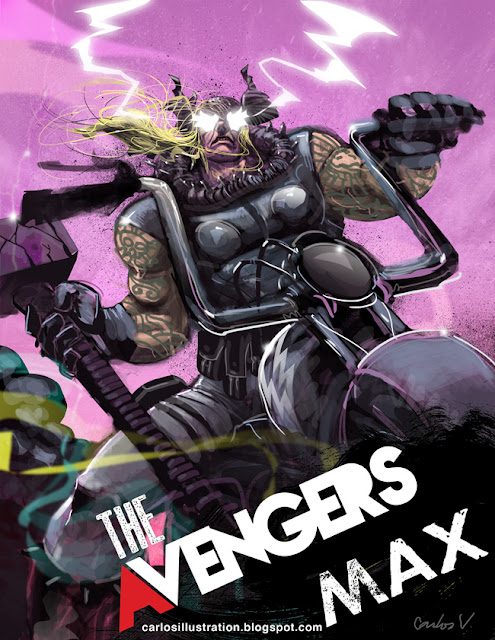 THOR The Story: The God of Thunder has seen the world he swore to protect crash down and mutilate itself. The state of the world has left him confronting a darkness within his own soul that he never knew was there. This new dark Asgardian roams the world with a new perspective, God help whoever gets in his path. 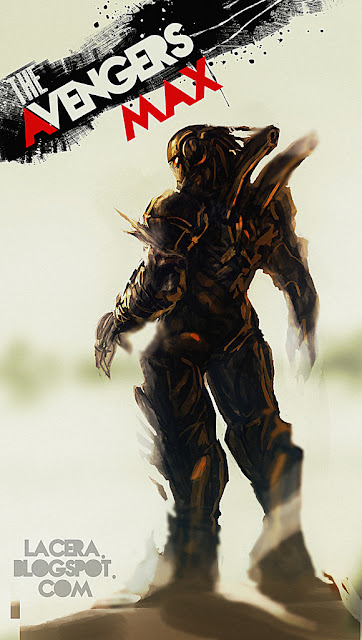 Iron Man The Story After the war, left-over Stark Tech was strewn across the battle fields of Western U.S. Few knew how to make it work, fewer still were brave enough to try.

The Iron Man wanders the wasteland between Reno and Las Vegas amassing a rag tag group of engineers and tinkerers, together they scavenge for Stark Technology and are said to be building an army. The Eastern tribes whisper rumors that he is Tony Stark yet others wonder if the suit works at all... 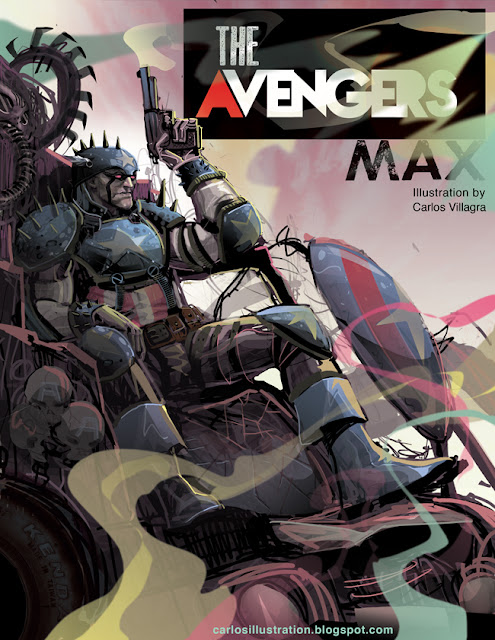 CAPTAIN AMERICA The Story In a world were civil war tore America into a thousand pieces, the symbol of that nation finds himself broken and twisted. This is a captain no more, he now represents a reality of tyranny and despair, and revels in it... with a smile.
Wicked huh? I really dig these takes on Marvel's golden heroes, especially that Thor - I want that book now!
To watch for future members you can visit Lacera's website here and Villagra's website here. In the meantime, what do you think? Who would you add next to Avengers Max and what would their story be?
Posted by IADW at 9:00 am