LEST WE FORGET: Retune Banshee

Despite having a first class ticket to ride, some great comic concepts often miss the train and end up in four colour limbo, all but forgotten. In Lest We Forget, I pluck one of those limbo-lingerers and pimp their need for a comeback. This time around it's the Irish idol, the super-soprano, the former co-headmaster of Generation X; Banshee. 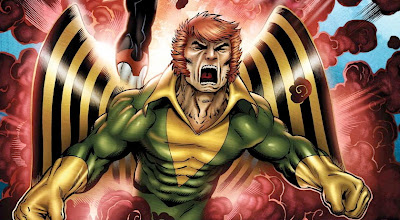 Sure Sean Cassidy has been reincarnated briefly twice in recent times (thanks Necrosha and Chaos War), but let's fire up the band and get Banshee back! How many other characters have appeared in multiple movies (cameo, star roles and made-for-TV), cartoons and action figures and are still pushing up daisies? I say Sean has more than a swan-song left in him and plenty more hits for the forces of evil.

WHY HE IS COOL: The Rolling Stone
Can this just end with the fact he's a fellow redhead? No? You want more? Sheesh, tough crowd! Sean's coolness is that he is one of the most versatile numbers in the X-Men's character library - and has been since the 60's. Sure he was a part of the iconic 1975 relaunch of the franchise in Giant Size X-Men #1, but he also has covert ops ties and a rich and twisted family tree that can spawn heaps off different indie rock adventures.

An off-key relationship with his daughter - former X-Force-er Siryn - is nothing compared to the war between Sean and his cousin Black Tom Cassidy. Often fought over the love of a woman, family legacy or both, the two originate from Cassidy Keep - a family castle with a Grant Morrison twist (the family protected leprechauns who lived there). 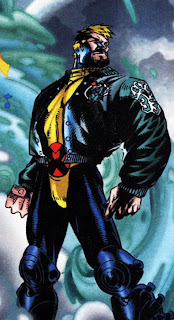 Created by Roy Thomas, Werner Roth and Stan Lee, Banshee's relationship with Charles Xavier's confidante Moira McTaggert is one of the X-franchises most enduring. Her passing lead not only to Sean's alcoholism and the disbanding of Generation X, but also Cassidy's motivation to kick the habit and do something proactive with his life in her memory, forming the X-Corps to police mutant activities.

While his sonic scream is infamous, I really think Banshee is more than a one-hit wonder, and it would be interesting seeing how modern writers would be able to extend upon what his powers of sound can accomplish.

HOW I’D RE-TUNE BANSHEE:
While he did have a few great roles in the X-Men, in bringing him back I'd probably keep that connection at arms length and tune in on his NYPD / special ops / Interpol past, setting him up with Captain Britian in a new MI:13 series.

I loved the international feel of the line-up in Giant Size X-Men #1, so this run would not just capture all the fun of the former, it would weave across the globe, in and out of all Marvel's great mercenaries, shadow sociteies and task forces. Yip, even including S.H.E.I.L.D.
Posted by IADW at 5:00 pm