MAKING A MARK: Anjin Anhut - The Berlin Based Artist Experimenting With The X-Men

Twice a week, Making A Mark gives an insanely talented artist some IADW brag-space. Today goes to Anjin Anhut, a German game designer, whose love of 80's and 90's pop culture has lead him to create a very modern artistic portfolio all of his own. Warming up most days with a 'speed paint', just look how these 'rush jobs' handle Thor... 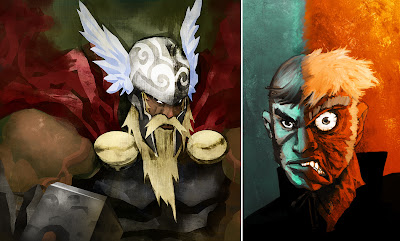 With one of his biggest influences Bruce Timm's Batman The Animated Series and in particular it's version of Two-Face, the piece above perfectly captures his Jekyll and Hyde nature, with bold contrasting colours. Speaking of contrast, check out this render of Marvel's Ororo; 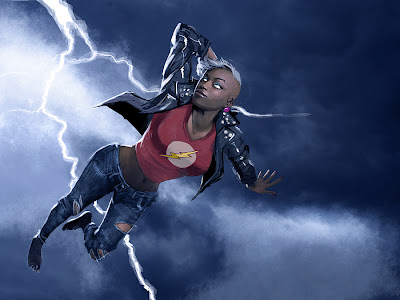 Mohawk Storm is still my favourite X-woman of all time and that wee number sure doesn't change a thing. The fact she's sporting a shirt emblazoned with the relative logo of one of the oppositions best? Well, that just makes it that much sweeter.

Mohawk Storm was as great at putting the X-Men into 80's punk, as it did compliment a line-up that didn't look like the latest cast of 90210. Now sharing a love of mutants who look like mutants, and inspired by X-Men: First Class, Anjin decided to re-imagine the original x-line-up in his own way. Drop your jaw over this; 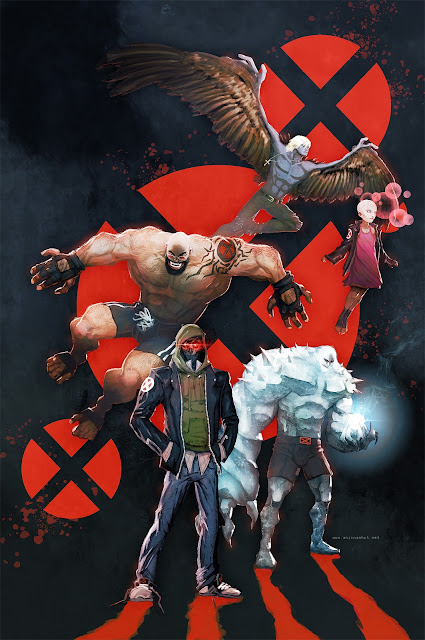 Angel, Marvel Girl, Beast, Cyclops and Iceman - now that's a line-up I want to read about! For more of Anjin's work, visit his personal website after the jump.
Posted by IADW at 9:59 am