MAKING A MARK: Chris Faccone - Bringing Retro Art To Gotham, Eternia And Beyond

Twice a week, Making A Mark gives an insanely talented artist some IADW brag-space. Today goes to Chris Faccone, an American illustrator whose iconic prints have that real retro tin-box feel to them Whether they feature comics' best or the best from the awesome 80's. 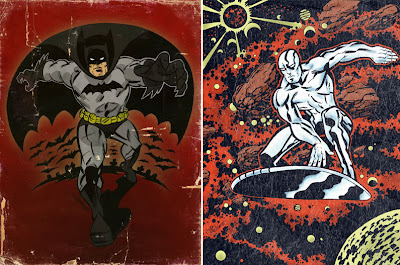 While Chris states his main influences as Darwyn Cooke, Bruce Timm (you'll see in a moment), and J Scott Campbell, any Silver Surfer image which comes this close to Kirby is all right by me! 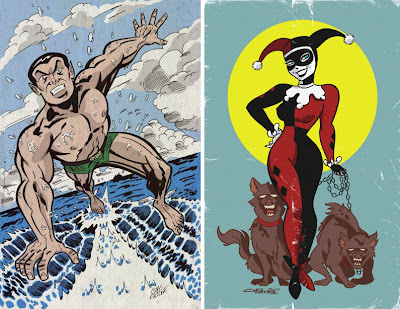 I often wonder when Bruce Timm and co set out to do Batman: The Animated Series in such a distinctive style, if they had any idea of the inspiration it would become for artists like Chris worldwide. Here, Harley shows that while a girl may be without her diamonds, she should never be without her hyenas!
As for Namor, Chris's favourite character, the equally Kirby inspired piece is titled 'Namor goes after BP Oil' - hence the mad on! 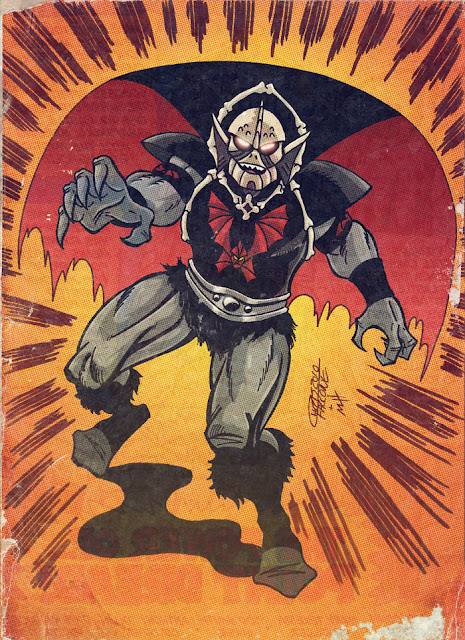 Aside from sketches of the cast from Batman TAS, a large chunk of Chris's gallery belongs to the Masters of the Universe, like ol' Hordak above there. Believe me, he's got characters you thought you'd forgotten like King Hiss and Fisto, right in amongst mainstays like Stratos, Man-E-Faces and of course Skeletor.
For more of Chris's stunning print work and sketches, tap the jump.
Posted by IADW at 10:07 am