MAKING A MARK: Raf Marinetti - The Italian Digital Artist Who Is A Hit With The Ladies

Twice a week, Making A Mark gives an insanely talented artist some IADW brag-space. Today goes to Raf Marinetti, an Italian Photoshop sensation whose love of the ladies has made for some pretty eye-catching stunners all of their own. 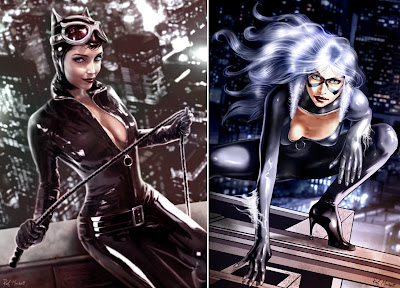 These two I wanted to place side by side to show how wrong the notion is The Black Cat 'is just' Marvel's Catwoman. Here while both show why investing in shares in latex will never be a dumb move, you can easily see the difference in character between the two felines. Raf's favourite female character, Selina would also be who I place my money on in a war between the two felines as well! 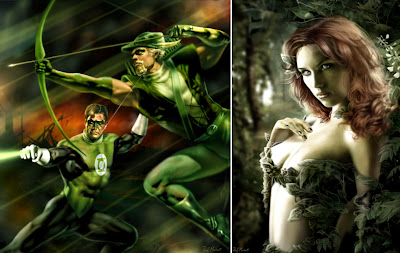 I know many of you are probably still transfixed by ol' Poison Ivy's glare, but I have to admit I was surprised Green Lantern and Green Arrow wasn't one of the revivals of the DC 52. Sure Hal and Ollie would've had a sense of been there done that but Connor and Kyle would've been just as great! Speaking of DC 52 changes... 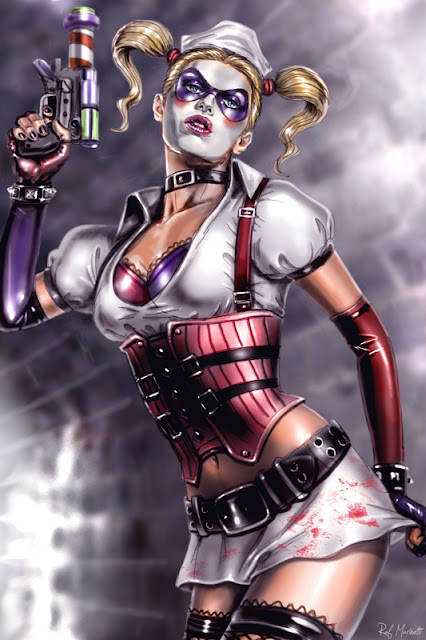 Yeah, I'm still sitting on the fence in the case of making the video game Harley costume the in comic version too, but with pieces like this you could easily become a fan. Just where has the mallet gone? Harley's not Harley without the mallet!

For more of Raf's Italian illustration, visit his gallery after the jump.
Posted by IADW at 10:13 am