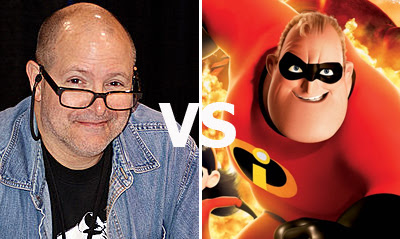 The Tuesday Tussle; the biggest illustrators squaring off against pop's biggest icons - icons you never thought they'd touch. This week, the guy whose indie creation Hellboy has inspired a whole new generation of artists single-handed, Mike Mignola, takes on the coolest superhero with a tie to Disney - Pixar's Mr. Incredible. Fight! 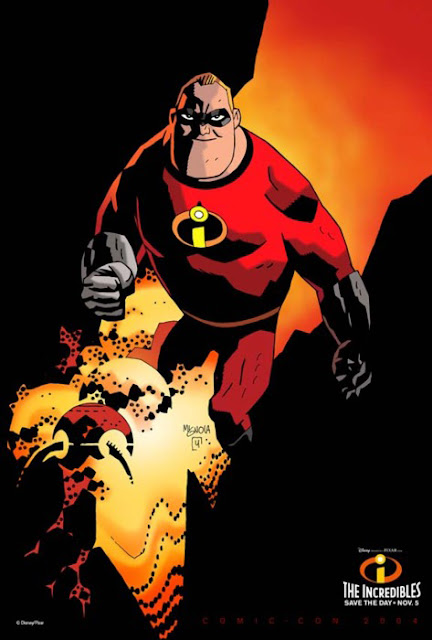 WINNER: Mr Incredible. One secret for 'ya? I LOVE The Incredibles. One of my all-time favourite movies, seeing the big guy rendered by the master of dark like this, just makes me feel like the stunned kid in the film, whose just watched Mr Incredible lift his own car from the comfort of his trike. Absolutely killer stuff.