If comics has a 'Success story of the decade', it has to be IDW. Their truly indie origins giving birth to a publisher that month in, month out, goes toe-to-toe for position of 'Publisher number three' is an amazing achievement. Narrowing the focus, of all their February 2012 toe-to-toe offerings, these four represent the best in covers. 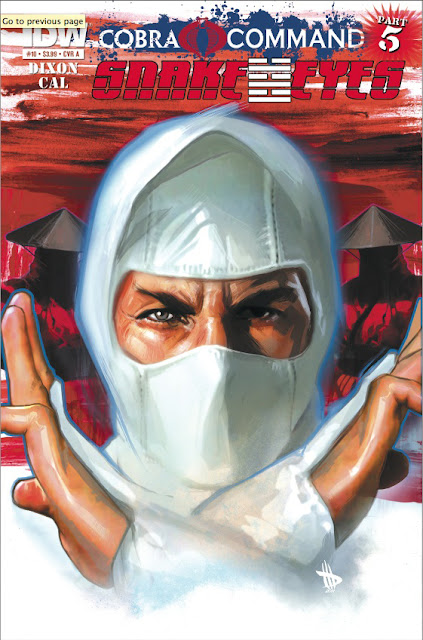 COVER OF THE MONTH: DAVE WILKINS - SNAKE EYES #10 '...and on the millionth day, God created ninjas, and thought 'Holy cow - they're wicked!' Proving said point, ol' Storm Shadow does his Wonder Woman impersonation, while not so friendly ninjas creep up behind...

IDW Say: COBRA COMMAND CONTINUES! The new Cobra Commander's war of conquest turns to a war of destruction. COBRA troops are forcing an entire populace to become refugees while eliminating any who dare stay behind. Snake Eyes is now in the killing fields, playing his own game of predator and prey with Stormshadow and the red ninjas of the Arashikage clan! Chuck Dixon (writer), Alex Cal (pencils) 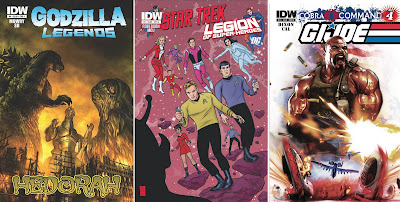