Marvel Comics changes tack this month, releasing their solicitations for February 2012 collected trade paperbacks above the listings for the individual issue comics. Are trades the only future? As a single issue fan, I hope the answer is no. All crystal ball gazing aside, here are their four top covers for Feb 20-12. 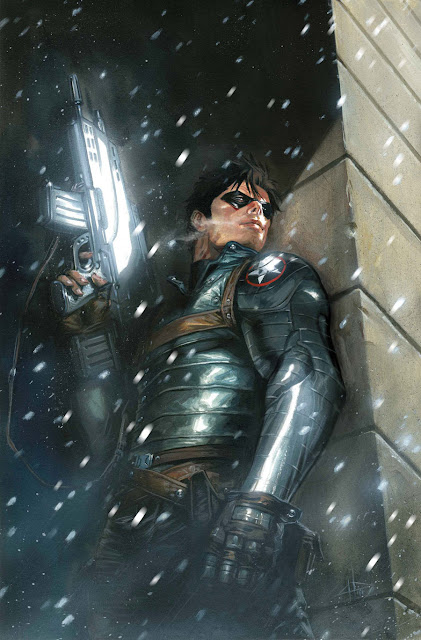 COVER OF THE MONTH: GABRIELE DELL'OTTO - WINTER SOLDIER #1 (Variant) A Bucky book? Yeah, that's right wise guy. When Ed Brubaker and Steve Epting kicked off on Captain America with the return of Bucky as a brainwashed Soviet assassin it was pretty damn sweet. Here Dell'Otto makes him look like the deadly wildcard he is.
Now he's back and in his own 'Brubaker book', so place your bets now before history starts repeating. 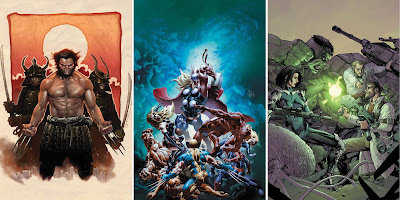