MAKING A MARK: Barnaby Bagenda - The Indonesian Artist Whose Art Is Electric Blue

Twice a week, Making A Mark gives an insanely talented artist some IADW brag-space. Today goes to Barnaby Bagenda, an illustrator who hails from Jakarta, Indonesia. His thin line work and bold use of colour makes for some pretty electric stuff, and as Joe Mad is the flavour of the day, what better face to start with than Felicia from Darkstalkers! 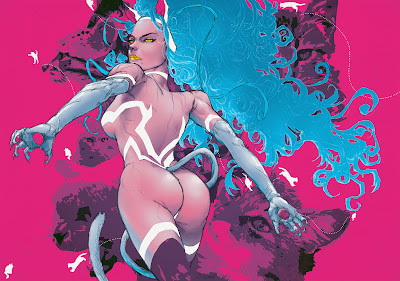 The fact this true cat-woman's costume ever appeared innocent, is a testament to the art team of Capcom! Speaking of 'innocent' females, here is indie hitmaker of the 90's herself, Shi. 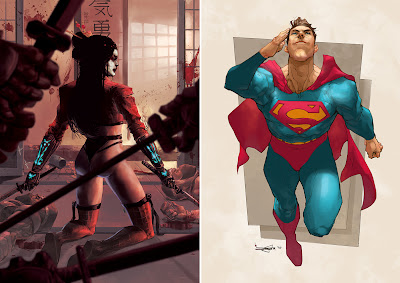 I've mentioned before about how the bones of the story behind Shi still has plenty of legs, but trust me a quick 'click to enlarge' and you'll be amazed at the detail Barnaby put into her face! Superman by comparison goes down the 'less is more' road, and nails the boy scouts character in one solid shot. 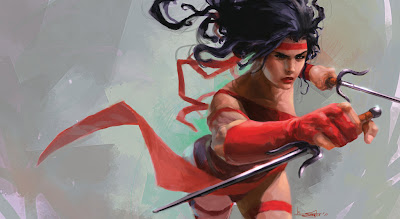 Okay, so the comparison shot between the 'Making A Markists' is supposed to be Psylocke, but so many folks seem to pick Elektra as there scantily clad, sharp object wielding assassin of choice. Not complaining, just saying... 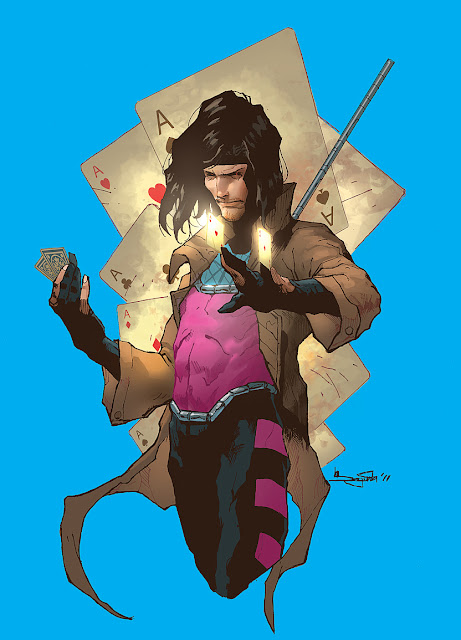 See? Combining Gambit with a deck of cards (be they giant or regular variety) isn't exactly unheard of, but when your style is crisp and clean you can still end up with a pretty super-charged result.

To see Barnaby's full stylings, sketchings and more, visit his personal website after the jump.
Posted by IADW at 2:42 pm