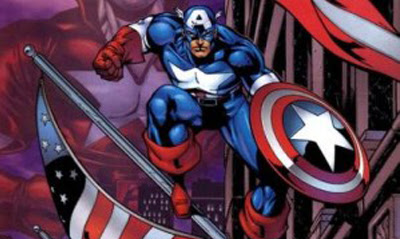 Welcome to On The Five, a new series of interviews here on IADW. Armed with five easily digestible questions, we'll talk to comic / illustration stars and fans about their passion and what 'play it forward' bits of motivation or tips they can pass on to others involved in the industry - people like you and I.

With 'I' being the operative word, I figured I'd go for broke and contacted Dan Jurgens - my favourite Superman artist of all time - about the possibility of kicking things off with him. A few days later, minutes from leaving my country for a new home in Australia, I logged in to find he had graciously said 'Yes'.

Luckily my carry-on held a copy of The Death of Clark Kent and after what had to be it's millionth read, I sat down to think of what five questions I would ask the man who created Doomsday. Here is what he replied...

IADW) As a defining creator for characters like Booster Gold, do you still find yourself maternal over what those characters do in the hands of others? I.e do you say 'That Spider-Man costume is odd - why won't they go back to using mine?'

DAN JURGENS (DJ): First of all, just for the record, I didn't design the Spidey costume you're referring to. Mark Bagley did, so all the credit should go to him.

As to the other portion of your question, yes, I think any creator remains a bit paternal in regard to character's he's created. There's always going to be that sense of vested interest in a character that lasts over the years. Sometimes you'll see a later writer do something cool, other times one wonders what the hell they were thinking because it's so out of character.

IADW) 'Thor', 'Captain America', 'Aquaman' - you're an icon for where good, fun comics are found. That said, do characters you visualize best as an artist differ from those you 'hear' best as a writer?

D.J.: Hmmm... I don't know. In a way, that's really up for the readers to decide. It should be noted that I really didn't draw Thor that much and didn't draw Aquaman at all-- I only wrote those books. I think I'd probably say that my style lends itself best to big, expansive concepts and stories. 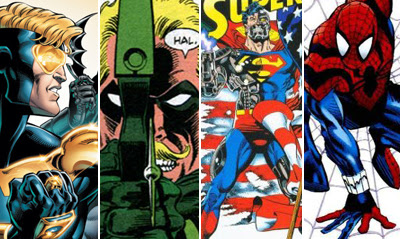 IADW) Having killed both Superman and Clark Kent, plus steered fans through one DC reshuffle with 'Zero Hour', it is awesome to hear you are stepping onboard the DC 52 'Superman' title with issue #7 (and fellow writer/artist Keith Giffen). Is there any thematic differences as to how you're approaching the big 'S' and his world this time around?

D.J.: There are certainly a lot of differences in the status quo around Superman now as compared to what was there previously. While there are some aspects of Superman/Clark that don't change in terms of his character, the new and different elements around him will certainly allow us to approach the character differently. That will make for a new time of story.

IADW) For over two decades now, you have been riding high atop the comics industry. That is an incredible stretch. What is an artistic tip you have found that you can pass on to up and coming illustrators?

D.J.: Keep working, keep improving. Continue to alter your style and be open to new ideas. If you're doing something the same way you did five years ago, you're sliding backwards. 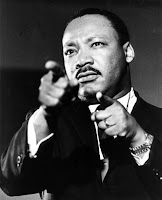 IADW) Who is your Superman (inspirational figure)?

D.J.: In my mind, any truly inspirational figure is one who somehow draws the best out of all of us, perhaps even forcing us to think differently about ideas held firm. In that case, I'd have to chose Dr. Martin Luther King, Jr.

Again I have to thank Dan Jurgens for all the time he afforded IADW in the creation of this interview. It was amazing to deal with someone I have followed for so long.

To see the fruits of his latest labours, look for the Dan scripted adventures of Justice League International or Jurgens' own art on Green Arrow, both from DC, at a comic store near you. Then, watch for his return to Clark Kent's life in Superman #7, early 2012!

For Dan Jurgens online, visit danjurgens.com
Posted by IADW at 11:30 am