CAN 'YA SMELL WHAT THE JOES ARE COOKIN' The G.I. Joe Retaliation Trailer Rocks On 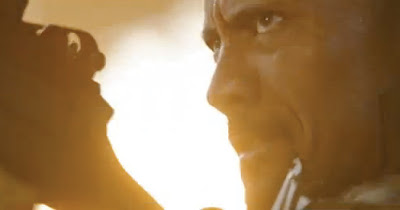 From DOOM to Welcome To The Jungle, Scorpion King to The Mummy Returns (or should that be the other way round?) - me I can't turn a Rock-film down. Now the first full-length trailer has been fired up for next year's G.I. Joe Retaliation flick, and with some cut-throat action, built-in Rock-one-liners, Bruce Willis and a decent plot, it's already gone a few rounds on my laptop screen.

With the majority of the Joes slaughtered by their own country, the payback of the survivors is going to be epic. Plus as a sign of greatness, the ninja-ladden clip has a soundtrack of Seven Nation Army by The White Stripes (also below). Seeing Dwayne Johnson kick tail to that Brit-beat is worth the cost of any admission. Trust me.