DC's March 2012 solicits are out - and still no Justice Society! I can't wait for the Earth One based series to drop and thought March would be it. Dr Fate, Wildcat, Jay Garrick - maybe even Captain Marvel? DC/comics/fans need these characters! To help fill the void, DC offers plenty of sweet reads, the top four covers of which are these; 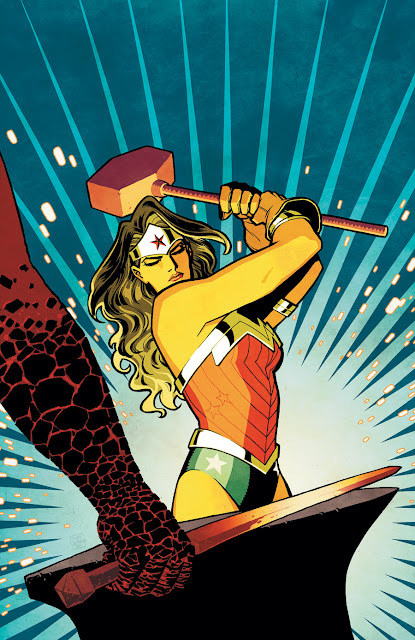 COVER OF THE MONTH: CLIFF CHIANG - WONDER WOMAN #7 Sure she's hammering out a sword, but look at Wonder Woman's face. She's visualising that sword as someone. Me, I think it's all the peeps that said she couldn't have a hit book. Either that or those 'Why say you bring peace when all you bring is war' kinda people. I bet she really gets ticked consistantly being asked that one.
DC says: Remember the myth of Orpheus? Wonder Woman certainly does. And we hope she’s learned its lessons well, because someone she dearly loves is in Hell’s clutches – and she’s the only one who can mount a rescue mission! But Hades has no mercy, even for his own family – in fact, especially for his own family – and he doesn’t intend to let her walk out of his domain without paying a terrible price! 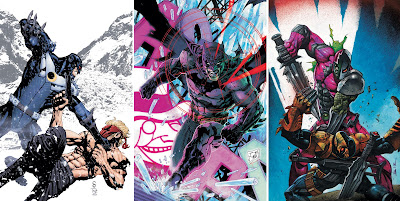