Make Mine Marvel! Remember when every Marvel letter page letter screamed that catchphrase? Well in March Marvel splits it's family of fans in two, with the debut of Avengers vs X-Men #0, and like a family tiff over the Christmas dinner, things may never be the same. Of their entire March range, these are the four covers I want in my corner; 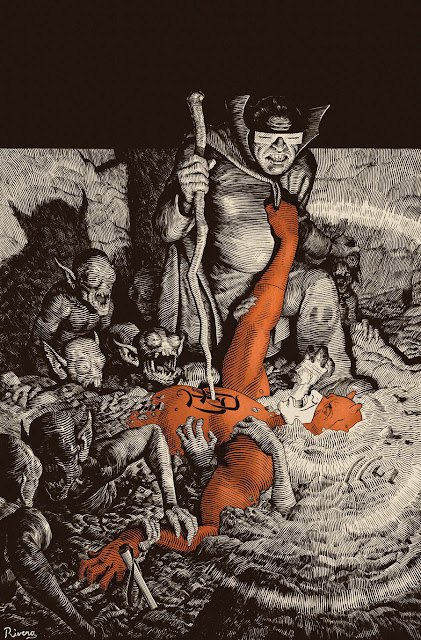 COVER OF THE MONTH: PAOLO RIVERA - DAREDEVIL #10 This series of ol' Hornhead is worth collecting for it's iconic covers alone! The almost Victorian-comic shading really conveys the subterranean battle at hand in a bold and eye-catching way! What's The Man Without Fear going to do against foes who are also used to living 'blind'?

• Daredevil Vs. Mole Man!
• The cracks in Matt Murdock’s façade begin to show!
• It’s not too late to start reading the book everyone is talking about! 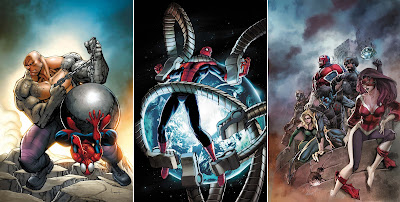 CLOSE CONTENDERS:
Ale Garza - Spider-Man #24 One of the best Absorbing Man images ever! Stefano Caselli - Amazing Spider-Man #682 Ends Of The Earth starts here! Leinil Francis Yu - Uncanny X-Force #23 Captain Britain, Megan, Nightcrawler... Is this the closest to a Excalibur relaunch we will see in 2012?
For the full Marvel March-off click the jump.
Posted by IADW at 12:14 am