You know, I don't think I've brought an Image series in over a year. It's not that I haven't been tempted - it's just getting it approved by a militant wallet with a finite set of bucks is trickier than ever. Now that all gets kicked to the kirb. A kirb of guns, sex, cults and monsters. 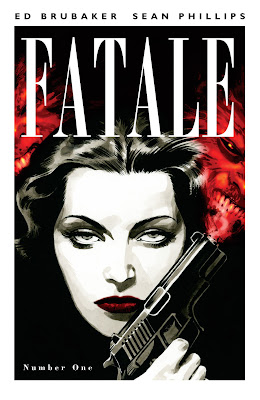 January 2011 sees FATALE debut from the same team that brought you Incognito, every series of Criminal that's ever seen the light of day and that great Batman story I told you about here. It's a juicy little pulp combo, one so tasty a little wallet zip won't stand between me and obtaining it.

I'll be covering each Ed Brubaker and Sean Phillips hand-crafted issue here on IADW - and like all tales decent of telling, this one begins with a girl. 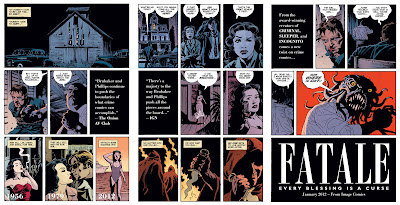