Twice a week, Making A Mark gives an insanely talented artist some IADW brag-space. Today goes to Alessandro Giovagnoli, a twenty-eight year old Italian artist who proves the power of a brushstroke in both the digital and physical artistic worlds. 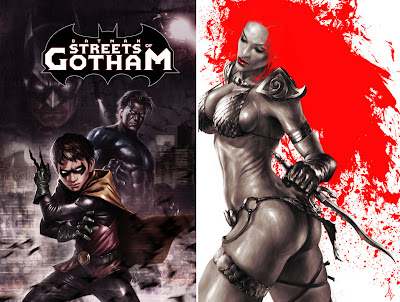 Batman Streets of Gotham serves as Giovagnoli's tribute to one of his favourite titles. The legacy trail from the foreground to the background is amazing - just look at that Nightwing! Red Sonja by contrast, takes a bit of a Frank Miller/Sin City approach to make a powerful statement with the She-devil with a sword. 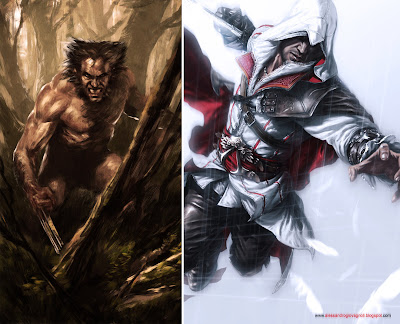 Wolverine is Alessandro's first experiment with a new technique of speed painting using no reference. Not only is it an amazing feat, I wouldn't refine it in anyway. The raw brush strokes really convey the feral creature Logan houses inside him. As for the Osmosis Effect of ol' Ezio there, I think this is the first appearance of Assassins Creed characters on IADW, but what a debut!
Now back to that speed paint/no reference technique... 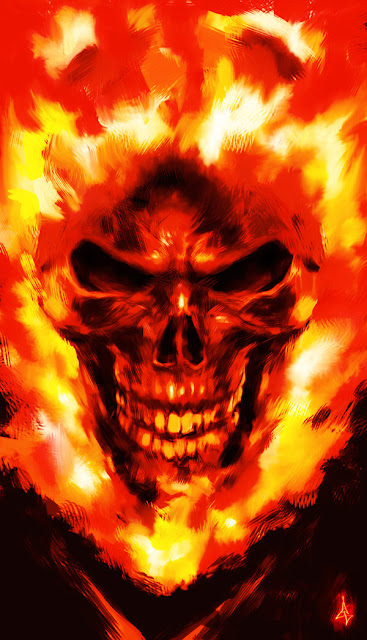 Someone call Marvel. That's the best Ghost Rider has looked in years! That wicked smile Alessandro gives the Spirit of Vengeance hooks you. Talk about a penance stare! For more of Giovagnoli's handi-work, visit his online gallery right here on Blogger after the jump.
Posted by IADW at 11:30 am