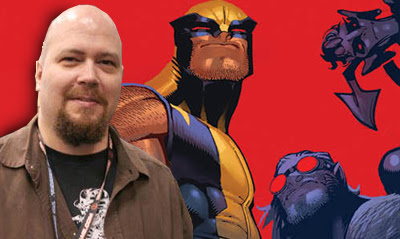 When you reboot an entire universe, you need your writers to be on their A-game. One bend in the body of work and you'll sink like a learner swimmer to the bottom of the pool. 2011's best writer wasn't even a part of the new 52 over at DC, but rather between Marvel and Vertigo competed with a line of his own. Better yet, each and every issue contained therein floated like a butterfly on a monthly basis, and yes, stung like a bee. His name; Jason Aaron.

Be it Vertigo's Scalped or Marvel's PunisherMAX, Wolverine and The X-Men, Wolverine or The Incredible Hulk, the best thing about Jason Arron's writing is that he's one of those writers who take you back to the days where an issue wasn't a three second read and you got plenty of action and cerebral chewing gum to munch on in the process. 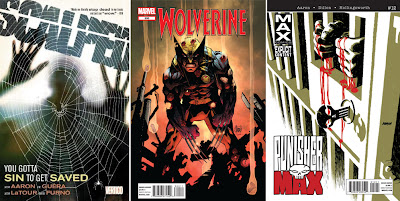 Through an unmatched knack for 'realistic' and individual dialogue/ monologue, Arron in Wolverine and The X-Men took a The Jean Grey School For Higher Learning (a place literally crammed with mutants old and new) and had each mutie established with their own unique voice within seconds of them being on stage.

Over in The Incredible Hulk, Jason he takes the character I've waited for him to write since reading my first issue of Scalped and flips the world famous dynamic at it's heart on it's head. Separated at last, Hulk has achieved peace while Banner has been driven a little nuts. As a result, we now root for the 'monster', as he sets out to stop the gangly little scientist that usually holds that spot. With some of the best Betty Ross/Red She Hulk lines yet, just for good measure; 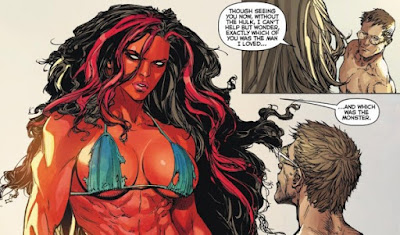 With his run on Wolverine, plus books Punisher MAX and Scalped all coming to an end (the latter two at his request) Aaron's dance card might be looking a little slim in 2012, but don't be fooled. Aaron is one of the super-scripters at work on Avengers vs The X-Men and no doubt Marvel will have a few spin-off's for him to breathe new life into before the year is done, just as he has with Frank Castle and the Jade Giant.
Posted by IADW at 4:05 pm