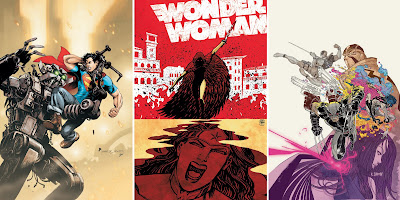 WATCHMEN – It’s where I scope out the month's comics and assign a hot new release characteristically with one of the five key heroes from Watchmen. If you've been bad, Santa will leave a copy of Hawkman's latest series in your sack. If you're makin' the good list in December 2011 though, expect it to one of these;
THE COMEDIAN (My Rank Outsider): ACTION COMICS #4 (DC) No, I'm not sniffing harmful substances, I know Action Comics is far from a "rank outsider". What I mean is Steel (the best rank outsider of the old super-franchise) makes his first steps to becoming that hero here, written by rank outsider and rising super-star Sholly Fisch, who recently brought the legion of Robins to The All-New Batman: The Brave and the Bold. THE. LEGION. OF. ROBINS.  Five gets you ten, he and Grant swap places inside a year. 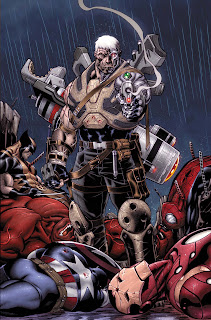 SILK SPECTRE (Stops traffic with looks alone): AVENGERS: X-Sanction #1 (of 4) (Marvel) Ha! Look at that. 'Avengers' the leading noun on an 'X' related book! Mind you, ten years ago talking about Ed's work on Mr Majestic just gained you a room of blank stares. Now if he scribbles on a Burger King napkin, it's instantly invaluable. How the world has changed.
NITE OWL: (The Dependable Goodie) WONDER WOMAN #4 (DC) Hera hits Paradise Island in a vengeful mood and Wonder Woman isn't around to set her straight. My bet's on last minute Christmas shopping. That's always a good excuse to escape a festive season war zone. Something tells me though, writer Brian Azzarello has a better reason. Typical. He always steals my thunder.

DR MANHATTAN (The Giant Neon Blue Guy In The Room): UNCANNY X-FORCE #19 (Marvel) When are those 'educated muties' finally going to get 'canny'? They've been 'uncanny' for generations and now there are twice as many 'uncanny' titles as before! With Uncanny X-Force just finishing the (arguably) best story arc of the year, this, the obligatory jump on follow up issue is a good spot to see if any 'canny' is on the horizon. Oh yeah, the Avengers discover the team. Oops!
RORSCHACH (The Uncensored Voice): PUNISHERMAX #20 (Marvel) As the series closes with an adults only 'BANG!', Frank approaches his 'two men enter, one man leaves' dual with the Kingpin. First step - getting past "the vicious" Elektra! If you want to see what sai's and the infamous woman who wields them can do unleashed as only "explicit content" can, here is your target. 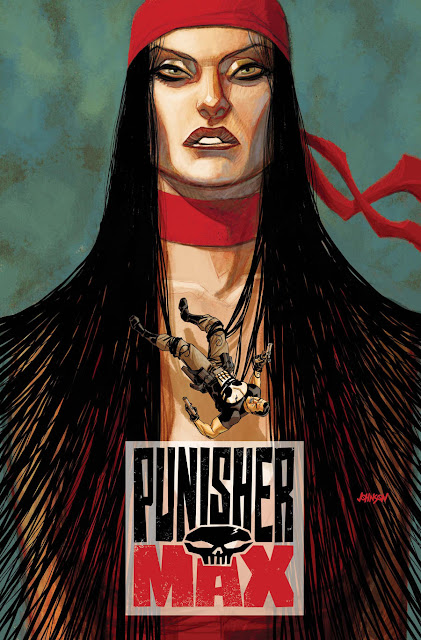